LGBT activists, mainly female, were reportedly pelted with eggs last night when they came to support staff at Birmingham’s Anderton Park Primary school where staff are under siege by mainly Muslim zealots who do not want their children to be exposed to equality lessons.

Chief rabble-rouser, Shakeel Afsar, above, who has been coordinating homophobic demonstrations outside the school, accused the pro-equality activists as “provocative”, saying they had turned up at nightfall to disturbing residents and cause intimidation by putting up rainbow flags and “inflammatory” messages.

In a series of tweets he accused the group of being “vandalisers” who had provoked residents by arriving during Ramadan as most residents were about to mark iftar, the breaking of the fast.

Honor Bridgman, one of the protest organisers, said the group’s intention was to drape banners and messages on the school gates so staff at the school would know they had the backing of people in the city who supported their equality stance.

The group of around 12 women and one man, all from the LGBT community, say they came under attack while quietly putting up banners, pom-poms and heart shaped messages, including rainbow flags, on the school fence. Some were in tears after the incident.

Tracy, 49, said she felt “scared and intimidated” after a group of men gathered in the street, several arriving in cars, told them to get out of their community and chanted slogans.

It was awful. I was shaking. We had no intention of disturbing anyone – we were putting up the banners and messages we had made to show solidarity with staff. We wanted them to see something positive when they turned up for work, and to see they had our backing.

Police arrived after the women and nearby residents made 999 calls. The group said they feared for their safety.

Most of the artwork has since been ripped down.

Officers took statements from those still present when they arrived and told the group they will view videos and CCTV to try to identify any culprits responsible for the assaults.

The incident occurred amid daily protests opposing the school’s teaching of messages of LGBT equality to its mainly Muslim pupils.

And it came on the eve of a threatened mass withdrawal of pupils at the school in the increasingly bitter dispute. That walkout is due to take place today, Monday May 20.

We turned up when we did in the hope they would still be there in the morning. We have stood by and observed these protests for weeks. We felt we wanted to do something, in a loving way. We have consciously not organised counter-protests as we feel that would make matters worse.

She said she had previously turned up at the anti-gay protests with cupcakes to hand out to protestors.

We did not want a confrontation. We wanted to quietly do what we were doing, and leave.

Honor and Tracy were from the Birmingham group SEEDS (Supporting Education of Equality and Diversity in Schools), a voluntary group that seeks to build bridges between schools and the parents who oppose equality teaching.

They say they sought – and were given – prior permission from the school to put up their artwork.

One local resident contacted BirminghamLive to say the night’s events had left him shaken.

The resident said four houses in the street had rainbow flags in windows as a silent support for the school in the wake of the ongoing protests but some were taken down last night in case of further trouble.

He added that the LGBT group were “incredibly intimidated” at one point and were trying to leave the street but were blocked in by the large group of men.

Eventually they managed to get out as a group but a couple of them were trapped as they were parked near to where the men were congregating. Around this point some of the posters and artwork were torn down.

Other community activists took to social media to show their support for the Muslim residents affected.

Javed Aqbal, a community and charity worker, posted on Twitter:

Why come out at night time to a venue where the community tensions are at a boiling point already. Far right attacks on high alert … especially in Ramadan we are told to be vigilant. Why do such an act. Its puzzling.

The situation at the school has been simmering for six weeks, with almost daily protests at the gates at home time, led by the troublemaker Shakeel Afsar, a property agent who runs Afsar Investment’s (sic) Ltd.

Afsar says he is backed by nearly 300 of the school’s parents who, like him, want the school to suspend LGBT books and discussions, which he says offend most of the school’s mainly Muslim parents.

Protestors claim they are not homophobic or against LGBT rights, but do not want their children to be told it is OK to be gay, or learn that some families have two mums or two dads.

But one, Abdul Ghaffar, said his children went to other local schools but he lived locally and owned a bed shop nearby.

My six-year-old son came home from school and said to me: ‘Could I be gay?’ I was shocked. It’s not right. I told him if that was the case he need not come back home. He’s not having my title. I told him if I had been gay he would not be here.

Another said he lived locally but did not have children at the school:

Our children go to school to learn maths and science, not learn this rubbish. They will have no future if they don’t learn the right things.

Last week one protestor, interviewed on Sky News, explained that being LGBT was:

Not acceptable in Islam. God created man, then he created women for man’s pleasure and companionship – not another man.

Not this woman, or any of the women in my school, or any of the girls. This is why we have laws on equality. What shameful words and behaviour that have been invited onto the pavements of my lovely school.

Birmingham City Council has stood with the school through the protests.

These views are despicable, discriminatory and sexist. The people voicing them so noisily do not speak for Birmingham or any of its communities. We reject their prejudice and intolerance. I will leave no stone unturned in this fight and together we must stop this.

This school is minutes from my home and these people are miles away from representing the people where I live. Love and tolerance will out but only if we stand against hate.

Moseley Labour councillor Kerry Jenkins said the head teacher had the full support of the city council, and the school was merely fulfilling its legal duties under the Equalities Act.
We have asked West Midlands Police and the school to comment on last night’s events. 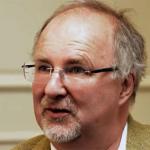 May 19, 2019
UK vicar made 'a silly mistake' by inviting Muslims to pray
Next Post 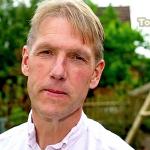 May 20, 2019 Doc was 'racist' for asking a Muslim woman to show her face
Recent Comments
30 Comments | Leave a Comment
"This is the same Wells Fargo where the upper managers were pressuring the middle managers ..."
Person223 TruNews stand-in Lauren Witzke ‘left penniless’ ..."
"Scientology is recognised as a religion for tax purposes in Australia.http://www.scientologyrelig...https://jade.io/article/67076I double-checked.You might like this ..."
Vanity Unfair Pastafarians’ Old & New Testicle’ biblical ..."
"McEvoy says Pastafarianism is a "parody of religion." How can you parody a religion that ..."
Broga Pastafarians’ Old & New Testicle’ biblical ..."
"The main difference between Pastafarianism and the older religions is that it was not founded ..."
guerillasurgeon Pastafarians’ Old & New Testicle’ biblical ..."
Browse Our Archives
get the latest from
The Freethinker
Sign up for our newsletter
POPULAR AT PATHEOS Nonreligious
1