STUNG by the international outcry he caused when he recently announced death by stoning for gay sex and adultery under new Islamic laws, the dictatorial Sultan of Brunei first announced a moratorium on the death penalty, and it’s now been revealed that he has surrendered an honorary degree after Oxford University raised concerns about his country’s strict new anti-LGBT laws.

The university said it opened a review:

In the light of concerns about the new penal code.

In a statement a spokeswoman said it was informed the Sultan Hassanal Bolkiah would be returning his degree after it wrote to him last month.

More than 118,500 people signed a petition calling on the university to rescind the honorary law degree, which was awarded in 1993.

And amidst global outrage one of his sons, the flamboyant Prince Abdul Azim – fourth in line to Brunei’s throne – was outed as gay.

Oxford MP Layla Moran wrote to the university urging it to strip him of the degree, and said it being returned was:

Clearly not sufficient. Oxford University now has a chance to redeem itself and move past being tied to such gross violations of human rights. I think it is best the university should undertake a thorough review of their honorary degree system to ensure a scandal like this doesn’t happen again.

The Sultan has defended the decision to adopt a strict new interpretation of Islamic laws, or Shariah.

In a speech he said although there would be a moratorium on the death penalty, the “merit” of the new laws would eventually become clear.

Homosexuality was already illegal in Brunei and punishable by up to 10 years in prison. 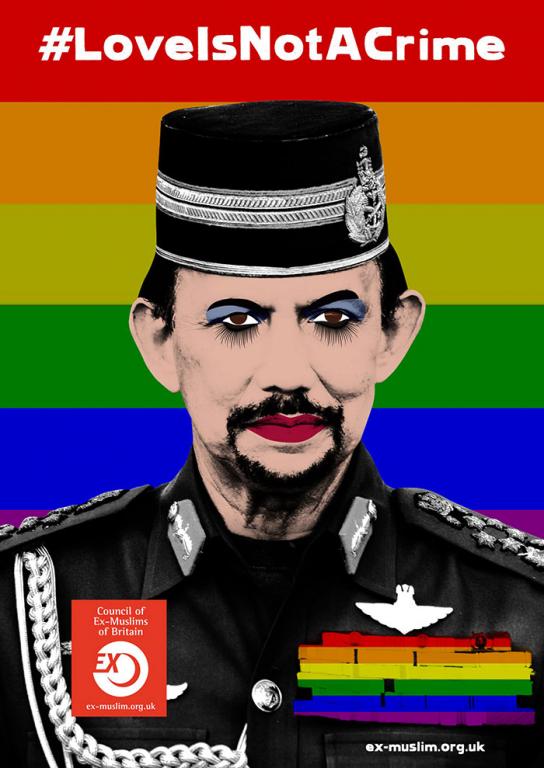 Earlier this month, The Council of Ex-Muslims of Britain (CEMB) announced that it would be protesting outside the Brunei embassy on June 17, and widely circulated the provocative image above of the Muslim’s country’s leader. 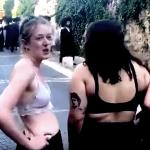 May 24, 2019
Protesting Haredi Jews flee as women strip down to their bras
Next Post 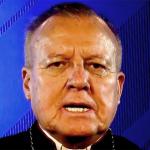