Christian doc is being probed for foisting religion on patients

Christian doc is being probed for foisting religion on patients June 24, 2019 Barry Duke

THE  UK’s General Medical Council (GMC) is reportedly investigating a GP who allegedly brought his Christian faith into consultations with patients.

Dr Richard Scott, 58, has “involved a spiritual angle” for patients with depression, anxiety or addition over the past two decades.

Now Scott, above, could face disciplinary action by the GMC and could lose his job following complaints that he made a patient feel uncomfortable while praying. He is also being investigated by NHS England.

The National Secular Society (NSS) complained to the GMC in May that a “highly vulnerable” patient felt:

Discomfort at the use of prayer.

Steven Evans, the NSS Chief Executive, said that the allegations had been made by someone who claimed they were an acquaintance of the patient.

Scott, who runs a surgery called the Bethesda Medical Centre in Margate, Kent, cares for almost 20,000 patients. He claimed that he was shocked that a fitness to practice inquiry had been launched by the GMC as opposed to:

A chat or gentle discussion. They are kowtowing to aggressive secularism. Public safety is what they are there for [but] they are suddenly turned it into a big case.

He added that he also asks his patients for their permission to introduce elements of faith into his consultation and only does so at the end “after the standard Western medicine”.

The NSS complaint cites a formal warning which Scott received by the GMC in 2012 “for expressing his religious beliefs in a way that distressed a ‘psychologically troubled’ patient. He told the patient that:

The devil haunts people who do not turn to Jesus’.

Since then, he has received three informal complaints and one minor written complaint.

The NSS is obviously gunning for me – and would like me to lose my job because they don’t like me. Well, to be honest I don’t like them but I am not gunning for them to lose their jobs. They think I am irresponsible and dangerous and I would say the same about them.

He maintains that his behaviour is vindicated by the World Health Organisation, which includes spiritual alongside physical and mental wellbeing, alongside scientific evidence that faith benefits health.

A spokeswoman for the GMC said that it was not permitted to share details of an investigation but that the watchdog has:

A duty to investigate if a complaint or concern raises issues about a doctor’s ability to practise safely or threaten [sic] public confidence. 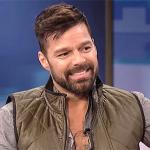 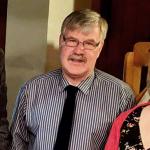 June 25, 2019 Golf club may be forced to close if it dares to open on Sundays
Recent Comments
52 Comments | Leave a Comment
"Punching may hurt your own hand. Lindell himself makes a comfortable alternative. https://uploads.disquscdn.c..."
Freethinker Evangelical who helped incite the Capitol ..."
"And here I thought you had the hots for her...;-)"
CoastalMaineBird UK bishop bashed over Brighton Pride ..."
"CMB I'll let you in on a secret, CMB. Every time I use pics of ..."
Barry Duke UK bishop bashed over Brighton Pride ..."
"Do y'all not have the equivalent of a 5150 over there? Williams should be put ..."
WMDKitty -- Survivor UK bishop bashed over Brighton Pride ..."
Browse Our Archives
get the latest from
The Freethinker
Sign up for our newsletter
POPULAR AT PATHEOS Nonreligious
1