INDIANA’S Brebeuf Jesuit Preparatory School made global headlines last week when it refused an order from the Indianapolis archdiocese to fire a gay teacher – and the price it paid for its disobedience was to be declared ‘no longer Catholic’.

But a neighbouring school in northeast Indianapolis which also found itself at odds with the archdiocese – headed by Archbishop Charles Thompson, above – this week caved in and sacked a gay teacher to avoid a similar fate.

Cathedral High School’s board of directors’ said in a Sunday letter that they were offering “prayers and love” to the fired teacher who is married, students, the school’s faculty and Thompson – and they hoped the gay teacher’s termination won’t “dishearten” students.

The directors explained that, had they retained the teacher, the school it would lose its non-profit status, its diocesan priests and its ability to offer the Eucharist, a central Christian rite, among other consequences.

We are committed to educating our students in the tenets of the Catholic faith with an emphasis on the Holy Cross tradition. Therefore, in order to remain a Catholic Holy Cross School, Cathedral must follow the direct guidance given to us by Archbishop Thompson and separate from the teacher.

Cathedral High School says it had been in dialogue with Thompson for the past 22 months before coming to its “agonising decision.”

The Huffpost reports points out:

While official Catholic doctrine denounces same-sex marriage, the church also has a robust theology regarding conscience and an individual’s ability to discern between good and evil. Following their own consciences on the matter, a significant number of American Catholics have become more accepting of same-sex marriages, according to a 2017 survey by the Public Religion Research Institute.

Younger Catholics are especially likely to be supportive ― 80% of white Catholics and 77% of Hispanic Catholics between the ages of 18 and 29 favor allowing lesbian and gay couples to legally marry.

Archbishop Thompson came in for a great deal of criticism after the Brebeuf debacle; so much so that the ultra-right wing LifeSiteNews launched a petition calling on people to support him. It claimed last Friday that:

The Archbishop is now facing intense pushback from pro-homosexual activists.

Our petition supports the Archbishop in making this difficult decision to officially revoke the school’s Catholic identity.

A school that betrays Catholic parents who send their children to a Catholic school to be educated in the Catholic faith and that also defies the Archbishop’s legitimate authority in this matter should not be allowed to call itself a Catholic school.

Being Jesuits doesn’t somehow make them any less subject to Catholic teaching and Church authority.

If ‘Catholic’ is to mean anything at all, it must mean an adherence to Church teaching on core issues, like marriage.

Please SUPPORT Archbishop Thompson who has acted boldly to defend the faith in his archdiocese by not allowing a school to deceive parents into thinking they are sending their children to a ‘Catholic’ school when that school refuses to follow Catholic teaching on marriage as between one man and one woman.

To date, 4,826 people have signed it. Hardly a ringing endorsement of his action, eh? 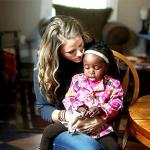 June 25, 2019
Lawsuit alleges missionary caused the death of hundreds of children
Next Post 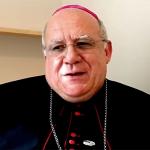