THE Pope believes that some of his ambassadors (nuncios) are stabbing him in the back – and he wants them to stop immediately.

According to this report, he addressed more than 100 nuncios in on Thursday, reminding them that they have a responsibility as papal representatives not to criticise him or to join groups hostile to the Roman curia.

It is therefore irreconcilable to be a pontifical representative criticizing the Pope behind his back, having blogs or even joining groups hostile to him, to the curia and to the Church of Rome.

Pope Francis said that he desired to share some simple precepts to help the papal diplomats live out their mission, referring to a 4,000 word document which is a “Ten Commandments” of sorts for nuncios and their co-workers throughout the world.

One of the ten precepts outlined in the document is titled, “The Nuncio is a man of the Pope.” The section states that:

Certainly every person could have reservations, likes and dislikes, but a good nuncio cannot be hypocritical.

As a Pontifical Representative, the nuncio does not represent himself but the Successor of Peter and acts on his behalf at the Church … the Representative is a link, or better, a bridge of connection between the Vicar of Christ and the people to whom he was sent, in a certain area, for which he was appointed and sent by the Roman Pontiff himself.

Other exhortations included in the document are to be merciful, obedient, prayerful, charitable, humble, and to have initiative and apostolic zeal.

The Nuncio who forgets that he is a man of God ruins himself and others; he goes off the track and also damages the Church, to which he has dedicated his life.

Current papal nuncios have been caught in scandal. The apostolic nuncio to France, Archbishop Luigi Ventura, above, has been accused of sexual misconduct against an adult male while he was nuncio in Canada. The Vatican diplomat is already under investigation for alleged sexual assault in Paris.

Archbishop Francis Chullikatt, apostolic nuncio to Kazakhstan, Tajikistan, and Kyrgyzstan has recently been accused of financial and personal misconduct during his time of service as the Vatican’s chief diplomat at the United Nations.

Some have pointed to Pope Francis’ comments about “having a blog” as alluding to the apostolic nuncio to Switzerland and Liechtenstein, Archbishop Thomas Gullickson, because he has a blog, which was linked to a Twitter account in which he shared articles critical of some of Pope Francis’ comments.

In 2015, the nuncio tweeted a National Review article entitled, “The Pope Got It Completely and Utterly Wrong,” which called Pope Francis’ comments in an in-flight press conference “imprecise, poorly judged.” The nuncio’s Twitter account has since been deleted.

Former nuncio to the United States, Archbishop Carlo Vigano, set off a flurry of debate last August by penning a public letter alleging that some Vatican officials knew of Theodore McCarrick’s sexual misconduct for years yet restored McCarrick’s place as a papal advisor to Pope Francis.

The former nuncio issued additional letters calling for Pope Francis to resign and gave an extended interview to the Washington Post published this week. 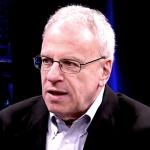 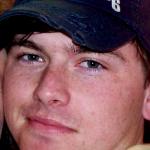