Petition demands that the Catholic Church returns to basic ‘truths’

HELL exists for sure, homosexuality remains ‘contrary to natural law and Divine Revelation’ and contraception, under no circumstances, should ever be allowed.

These, and a whole bunch of other issues, are addressed in a ‘back to basics’ document which readers of LifeSiteNews are being exhorted to support via a petition.

The document – “A Declaration of Truths Amid Confusion in Universal Church” – is the creation of a clot of Catholic fossils who are deeply unhappy with the direction in which the Church is travelling with Pope Francis at the helm.

It has been issued by Cardinal Raymond Burke, above, and Bishop Athanasius Schneider, together with several other bishops to remedy: the “almost universal doctrinal confusion and disorientation” endangering the spiritual health and eternal salvation of souls in the Church today.

Some of the 40 “truths” elucidated in the declaration implicitly refer statements made by the “heretical” Pope Francis, while others relate to points of confusion that have arisen or intensified during the current pontificate.

The eight-page document released in several languages on Pentecost Monday, June 10, upholds the Church’s perennial teaching on the Eucharist, marriage and priestly celibacy.

Also included among the “truths” of the faith is that “hell exists” and that human souls who are “condemned to hell for any unrepented mortal sin” suffer there eternally; that the “only religion positively willed by God” is that born in faith in Jesus Christ; and that “homosexual acts” and gender reassignment surgery are “grave sins” and a “rebellion” against divine and natural law.

In an explanatory note, replete with references to St Paul, the Church Fathers and the documents of Vatican II, the cardinals and bishops write that the Church is experiencing one of the “greatest spiritual epidemics” in her history, and:

A widespread lethargy in the exercise of the Magisterium on different levels of the Church’s hierarchy in our days. Our time is characterized by an acute spiritual hunger of the Catholic faithful all over the world for a reaffirmation of those truths that are obfuscated, undermined, and denied by some of the most dangerous errors of our time.

The prelates argue that the faithful feel “abandoned,” finding themselves in a “kind of existential periphery” and that such a situation “urgently demands a concrete remedy.”

Exhorting Catholic bishops and laity to “fight the good fight of the faith”, the signatories say they believe “private and public acts of a declaration of these truths” could be the beginning of “a movement” to confess and defend the truth – and to make reparation for “hidden and open sins of apostasy” committed by clergy and laity alike.

The “declaration of truths” is composed of four parts: Fundamentals of Faith, The Creed, The Law of God and The Sacraments.

The first part addresses attacks against the Church’s infallibility and the problem of doctrinal relativism, ie belief that the meaning of Catholic doctrine changes or evolves, depending on the historic age or circumstances.

The second part states that Muslims and other non-Christians do not adore God in the same way as Christians, as Christian adoration is a supernatural act of faith.  It further states the goal of “true ecumenism” is that :

Non-Catholics should enter that unity which the Catholic Church already indestructibly possesses.

Part II on the Creed also affirms explicitly that:

Hell exists and those who are condemned to hell for any unrepented mortal sin are eternally punished there by Divine justice.

It therefore rejects the theory of “annihilism” which claims that the damned will cease to exist after the final judgement rather than suffering everlasting torment in hell.

In a series of points, the signatories then reiterate the Church’s teaching that abortion is “forbidden by natural and divine law”; that “procedures which cause conception to happen outside of the womb are morally unacceptable” and that “euthanasia” is a “grave violation of the law of God,” since it is:

The deliberate and morally unacceptable killing of a human person.

Citing Pope Paul VI’s encyclical Humanae Vitae, it reiterates the Church prohibition against contraception, stating that “any action which either before, at the moment of, or after sexual intercourse, is specifically intended to prevent procreation – whether as an end or as a means” is prohibited.

Regarding homosexuality, the signatories reaffirm with Scripture and tradition that:

Under no circumstances can be approved.

It adds that it is “contrary to natural law and Divine Revelation” to say that:

Regarding same-sex marriage, the cardinals and bishops state that no “human law” nor “any human power whatsoever,” can:

Give to two persons of the same sex the right to marry one another or declare two such persons to be married, since this is contrary to natural and Divine law.

The male and female sexes, man and woman, are biological realities created by the wise will of God.

The declaration concludes by reaffirming that priestly celibacy:

Oddly missing from the “back to basics” document is a demand that Catholic clergy should be allowed to engage with impunity in their time honoured tradition of diddling young children. 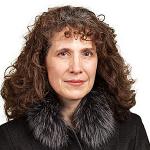 June 11, 2019
Wrongly buried committed atheist is to be exhumed and cremated
Next Post 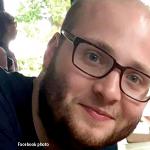