Religion has no place in the education system, says UK gay journalist

THE law in England and Wales requires religious education to focus on Christianity. There must also be a daily act of collective worship.

But the editor-in-chief of Attitude, a leading UK magazine, Kletus Cliff Joannou, above, insists that studying religion should be consigned to “extra-curricular lessons” and faith schools are an “outdated concept.”

According to the Christian Institute, Joannou went on to complain that new Relationships Education would not compel LGBT teaching on primary schools.

His comments came as a former Stonewall executive claimed the Government was not doing enough to pressure schools into teaching about LGBT issues.

Let’s be clear about one thing: religion has no place in the education system.

Instead religious studies should be given as “extra-curricular lessons” and not form  the foundation of schools.

He also claimed that expressing the belief that same-sex marriage is wrong “fuels prejudice”.

The government needs to step up and make clear that LGBT equality is non-negotiable.

In May it emerged the Government had revised draft schools guidance which had effectively banned disagreement with same-sex marriage.

The guidance, for independent schools across England, was challenged by The Christian Institute in 2018. It now allows schools to “facilitate debate” and offers a specific protection for faith schools to teach that “marriage is only between a man and a woman.”

These are important gains – it means there is room to debate same-sex marriage in schools. It is still possible the guidance could be misused. But we believe this is less likely with the changes that have been made. 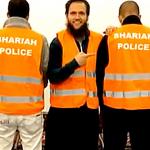 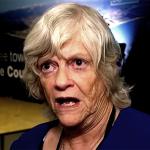 June 2, 2019 Science will find a cure for gayness, says barmy old Brexit bat
Recent Comments
8 Comments | Leave a Comment
"Those of us who study REAL HISTORY, not HIS STORY, know that the WORD MISSIONARY ..."
Freud Voltaire Haitian kidnappings: Dark side of US ..."
"If I see a new doc I'm asking him/her about the vaccines. Any answers like ..."
Norman Parron Mad medic says vaccines are linking ..."
"I don't remember that Lone Ranger episode."
Vanity Unfair A planned battle against Satan is ..."
"I've just commented on another thread that the Internet among other things seems to have ..."
guerillasurgeon Mad medic says vaccines are linking ..."
Browse Our Archives
get the latest updates from
The Freethinker
and the Patheos
Nonreligious
Channel
POPULAR AT PATHEOS Nonreligious
1