A PUBLIC outcry that included the voice of popular gay singer and actor Ricky Martin, above, has led to the scrapping of a bill that would have allowed government employees to avoid serving certain people on religious grounds.

Martin, who was born in Puerto Rico, published an open letter last Thursday denouncing the measure as a “hate bill” that:

Projects us to the world as a backwards country.

As a defender of human rights and a member of the LGBT community, I am vehemently opposed to the proposed measure imposed upon us under the guise of religious freedom.

Soon after, the island’s governor, Ricardo Rosselló, above, decided to kill the measure. He tweeted in Spanish that:

Instead of reaching a consensus on a basis of mutual respect, it provokes the division of our people.

Puerto Rico’s House of Representatives approved the measure, known as House Bill 2069, last  Tuesday. The legislation would have established “reasonable accommodations” for government employees who do not want to serve certain constituents if they believed it would clash with their religious convictions. Supporters claimed this protected government employees’ religious freedom. Rosselló initially endorsed the bill.

But LGBT activists in Puerto Rico and their allies argued that the bill would give government employees a “license to hate.” Island senator Zoe Laboy promised Thursday to submit a “negative report” about the bill to her colleagues.

After hearing that Rosselló had dropped his support for the bill, Martin posted a celebratory statement on his website.

We will never be an accomplice to policies that alienate our community and violate our rights. Authentic religious freedom aims to unite communities of different backgrounds. We must stay vigilant about assaults on hard-won rights and social gains.

And in March, Rosselló made headlines while discussing an apparent failure by Donald Trump to provide adequate disaster relief for the American island in the wake of Hurricane Maria in 2017. He said:

If the bully gets close, I’ll punch the bully in the mouth. It would be a mistake to confuse courtesy with courage. 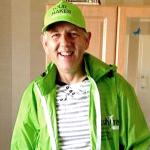 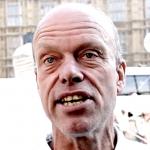