US bishop left reeling by backlash against his hate-filled tweet

US bishop left reeling by backlash against his hate-filled tweet June 4, 2019 Barry Duke

RHODE Island Bishop Thomas Tobin ignited an international firestorm when he tweeted a warning to his diocese not to support events during America’s June Pride Month – and was told by one furious British TV personality, Julian Clary, that he hoped ‘God would strike him dead!’ 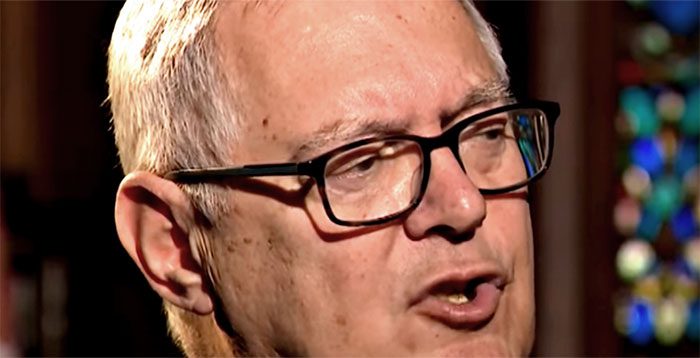 According to LifeShiteNews, Tobin, above, tweeted on June 1:

A reminder that Catholics should not support or attend LGBTQ ‘Pride Month’ events held in June. They promote a culture and encourage activities that are contrary to Catholic faith and morals. They are especially harmful for children.

Within 48 hours, an astounding 86,000 mostly negative replies were posted to Bishop Tobin’s tweet calling his comments “disgusting”, accusing him of being a “hate-filled hypocrite”, and spreading “poisonous thinking”.

A pro-LGBT protest was quickly organisd for Sunday evening. The protest took place outside the Providence Diocese’s Cathedral of Saints Peter and Paul while Mass went on inside.

“This is pure ignorance & bigotry,” tweeted actress Mia Farrow, above.

Ignore this hate-filled hypocrite. His mind set leads only to suffering. He brings to mind those priests who molested my brothers. Of COURSE we should embrace our LGBTQ brothers and sisters and children. Jesus spoke of love.

“Shame on you. LGBT kids are thrown out on the streets and abandoned because of poisonous thinking like yours,” said fellow actress Patricia Arquette.

A reminder that Catholic clergy has been a lot more dangerous to kids than LGBT. Just so you don’t forget …

Author of the LifeShite report, anti-gay Christian homosexual Doug Mainwaring, pointed out that Navratilova did not mention that most sex abuser priests are homosexuals who prey on adolescent boys.

In Tobin’s hometown, Pittsburgh, Pennsylvania, where he was ordained, the LGBT group which sponsors Pittsburgh’s PrideFest called for that diocese to publicly denounce the Providence, Rhode Island bishop.

May God strike you down Bishop, at His earliest convenience.

Mainwaring said that two days after “the extreme pummeling” of Bishop Tobin began, only one of his brother bishops has come to his defence. Texas Bishop Joseph Strickland at first tweeted his gratitude for Bishop Tobin’s sage advice to his flock: “Thanks for speaking up Bishop Tobin….let us be mighty loving messengers of truth and light in Jesus Christ.”

Bishop Tobin is simply speaking for one truth of the deposit of faith. God made humans male & female. Certainly those who are confused about their identity need Christ’s love & compassion, let’s remember Christ’s love is expressed when dies on the cross for the truth.

Dr Taylor Marshall, author of the just released book Infiltration: The Plot to Destroy the Church from Within, suggested that the harsh treatment Tobin has received in response to his simple tweet defending Catholic teaching is precisely the reason prelates are so often reticent when it comes to proclaiming the truths of our faith.

If you read the horrible & savage comments addressed to Bishop Thomas Tobin, you will see why bishops don’t speak out. They are afraid of this reaction. I respect Bishop Tobin for his bravery & for weathering this storm like [an] oak. He has a spine and a couple of other things, too.

I regret that my comments yesterday about Pride Month have turned out to be so controversial in our community, and offensive to some, especially the gay community. That certainly was not my intention, but I understand why a good number of individuals have taken offense.

I also acknowledge and appreciate the widespread support I have received on this matter.

The Catholic Church has respect and love for members of the gay community, as do I. Individuals with same-sex attraction are beloved children of God and our brothers and sisters.
As a Catholic Bishop, however, my obligation before God is to lead the faithful entrusted to my care and to teach the faith, clearly and compassionately, even on very difficult and sensitive issues.

That is what I have always tried to do – on a variety of issues – and I will continue doing so as contemporary issues arise.

As the gay community gathers for a rally this evening, I hope that the event will be a safe, positive and productive experience for all. As they gather I will be praying for a rebirth of mutual understanding and respect in our very diverse community.

At roughly the same time Bishop Tobin issued his original tweet, pro-LGBT Fr. James Martin, above, sent out one of his own, implying that God creates people gay.

“To all my many LGBTQ friends, Catholic and otherwise: Happy Pride Month,” said Martin.

Be proud of your God-given dignity, of the gifts God has given you, of your place in the world, and of your many contributions to the church. For you are ‘wonderfully made’ by God (Ps 139). 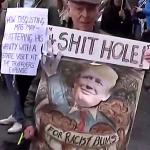 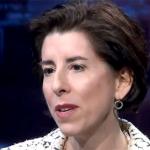 June 5, 2019 Bishop v the gays: controversy takes a new turn
Recent Comments
37 Comments | Leave a Comment
Browse Our Archives
get the latest from
The Freethinker
Sign up for our newsletter
POPULAR AT PATHEOS Nonreligious
1