IN a book released this week – American Carnage: On the Front Lines of the Republican Civil War and the Rise of President Trump – Michael Steele, above, former chairman of the Republican National Committee, calls evangelical Christians who support President Donald Trump ‘the biggest phonies of all.’

Written by Tim Alberta, chief political correspondent for Politico Magazine, the book gives voice to Steele – and, oh boy, does the Lieutenant Governor of Maryland ever let rip!

These evangelical [leaders] are the biggest phonies of all. These are the people who spent the last forty years telling everyone how to live, who to love, what to think about morality.

And then this motherfucker comes along defiling the White House and disrespecting God’s children at every turn, but it’s cool, because he gave them two Supreme Court justices. They got their thirty pieces of silver.

White evangelical Christians make up 20 percent of all registered voters and supported President Donald Trump 77 percent in the 2016 election. The group makes up about a third of all Republican voters and, according to a 2014 poll, 76 percent of them say they’re Republicans or lean to the right.

This isn’t the first time Steele has spoken out against evangelicals. In 2018, he castigated leaders for failing to condemn Trump’s actions when it was revealed he had paid to silence adult film actress Stormy Daniels after the two had an extramarital affair.

“Just shut the hell up and don’t preach to me about anything ever again,” Steele said about evangelicals dismissive of Trump’s behaviour. He added:

They have no voice of authority anymore for me.

Other prominent politicians, including the 2020 Democratic presidential candidate Pete Buttigieg, have also singled out the evangelical community for criticism. Buttigieg has specifically called out Vice President Mike Pence, a devout evangelical.

How could [Pence] allow himself to become the cheerleader of the porn-star presidency? Is it that he stopped believing in Scripture when he started believing in Donald Trump? I don’t know.

Amazon’s blurb for the book says:

Only by viewing Trump as the culmination of a decade-long civil war inside the GOP – and of the parallel sense of cultural, socioeconomic, and technological disruption during that period – can we appreciate how he won the White House and consider the fundamental questions at the center of America’s current turmoil. 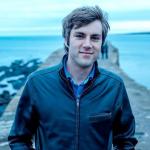 July 16, 2019
Atheism, Race, and the Freethinker at the Turn of the 19th Century
Next Post 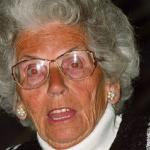 Let’s support reproductive justice and racial equity
Saturday, June 19, marked the 156th commemoration of the end of slavery...
view all Nonreligious blogs
What Are Your Thoughts?leave a comment
Copyright 2008-2021, Patheos. All rights reserved.