WHAT is it with old, voluminously-bearded men with silly hats and their obsession with homosexuality?

Earlier this month I posted a piece about LGBT groups and the Anti-Defamation League condemning the Sephardi Chief Rabbi of Jerusalem, Shlomo Amar, above, for saying that gay people cannot be religious Jews and that homosexuality is “a wild lust that needs to be overcome” – and that only God can turn homosexuals “straight.”

He made the ridiculous claim in June while speaking at a primary school in Akaki, Cyprus, but it was only this week that a video of his address went viral.

The Greek Orthodox religious imbecile, above, claimed that homosexuality is:

A problem, which is usually transmitted by parents to the child.

The clip went viral on social media in the country, with LGBT rights group ACCEPT asking:

How are lesbians created?

In the Turkish-occupied Northern Cyprus, homosexuality was only decriminalised in 2014, and LGBT+ people still have little legal recognition. 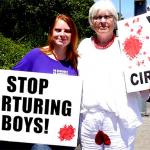 July 26, 2019
Charities allowed to promote infant mutilation if it 'advances religion'
Next Post 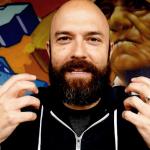 July 27, 2019 'Purity' advocate dumps Christianity, apologises to gays
Recent Comments
18 Comments | Leave a Comment
Browse Our Archives
get the latest from
The Freethinker
Sign up for our newsletter
POPULAR AT PATHEOS Nonreligious
1