Religion is for suckers: priest exorcised demons with oral sex

THREE men have accused Rev Dr William Weaver, 69, of Linden Presbyterian Church in New Jersey, of  performing oral sex them when they came to him for private counseling.

Weaver, according to this report, would allegedly tell the men that he needed to “suck” out demons, citing Native American rituals and a verse from Ephesians telling Christians to “put on the full armor of God.”

According to impact statements the men submitted to the Presbytery of Elizabeth, which has jurisdiction over the church in Linden, Weaver would order each to strip naked and lie down. Then he would place an “angel coin” on their foreheads and have them balance stones on their hands and ankles. He would then allegedly perform oral sex on them.

One man, A J Meeker, says he started seeing Weaver about family problems in 2000, when he was 20. He wrote:

I refuse to stay silent any longer. I need to make sure that this never happens to anyone else ever again.

A second, Jared Staunton, said that after his encounter with the minister, Weaver:

Lifted my head up and looked into my eyes, and said, ‘You don’t have to be afraid anymore, I’m your protector now’.

Staunton said the the minister then kissed him on the lips.

In addition to working at Linden Presbyterian for 39 years, Weaver also served as chaplain for the local chapter of the Vietnam Veterans Association.  Audrey Pereira, a representative for the chapter, described him as:

A Jekyll and Hyde. He did good on one hand. On the other hand, he did this evil to who knows how many. It can’t just have been these guys. There has to be more.

A church trial was set to start on January 25, but Weaver renounced the Presbytery and its jurisdiction the day before. He has subsequently moved to a gated retirement community in Lakewood, about an hour away from Linden.

Meeker, Staunton and another male parishioner reportedly took their case to secular authorities, as well, but the Union County Prosecutor’s Office says it cannot confirm or deny any details.

Weaver’s case bring to mind the arrest in 2015 of a 57-year-old Brazilian pastor, Sobrini Valdeci Picanto, above, who claimed that Jesus Christ had blessed his penis. He urged his church members at Faithful Apore Assembly to practice oral sex on him, saying that his semen was sacred. He referried to it as “divine milk of the Holy Spirit.”

One of his followers, unnamed, said:

He convinced us that only God could come into our lives through the mouth. Picanto, usually after church service, asked us to do oral sex on him until the Holy Spirit came through ejaculation.

Picanto claims to have had an encounter with Jesus in a brothel and gave him the mission of spreading the sacred semen throughout the state, beginning with the Faithful Apore Assembly which he is overseeing.

A delegate of the Apore region, Denise Pinheiro, said the pastor was:

Caught red-handed while rubbing his manhood in the face of a local merchant.

He promised her that his “divine liquid” would improve her business. 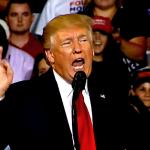 July 18, 2019
Muslims and the media targeted at Trump's 'fascist' rally
Next Post 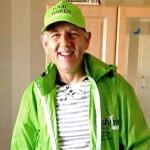