THREE Facebook posts that attacked anti-abortionists led to the firing of Elizabeth Cox from her job at Bishop England High School in Charleston, South Carolina – and she’s hit back by launching a lawsuit that claims the school ‘committed a criminal offence’.

Two of the posts called out hypocrisy within the anti-abortion movement, and the third related to Alabama’s strict new law banning abortions in almost all circumstances  – including in cases of rape and incest.

The lawsuit argues that the Catholic school and its principal, Patrick Finneran, above, “committed a criminal offence” by firing Cox because of her:

Political opinions, free speech and/or exercising the political rights and privileges guaranteed by the United States and/or the South Carolina Constitutions.

She is seeking an unspecified amount in damages, lost wages, and reinstatement.

Cox was a teacher at the Roman Catholic school in the Diocese of Charleston for about 16 years, according to the lawsuit. She accepted the school’s offer to renew her employment for the 2019-2020 school year. But in early June, Cox received a letter from Finneran stating that she was being fired because she had supported abortion on a public Facebook account that identified her as a teacher at the school.

Finneran wrote in the letter, which was included in the complaint:

When we confronted you with the post, you admitted to it and, moreover, reacted in a manner leading us to conclude you would not do differently in the future. Parents send their students to our school expressly because they want a Catholic teaching and upbringing, and your public expression of disagreement with Catholic values undermines that.

Your every act should be done with love.

In a May Facebook post, Cox shared a quote about abortion popularly misattributed to the feminist activist Gloria Steinem. The quote points out how differently conservatives treat young women who seek abortions and young men who want to buy guns.

How about we treat every young man who wants to buy a gun like every woman who wants to get an abortion – mandatory 48-hour waiting period, parental permission, a note from his doctor proving he understands what he’s about to do, a video he has to watch about the effects of gun violence …

Let’s close down all but one gun shop in every state and make him travel hundreds of miles, take time off works, and stay overnight in a strange town to get a gun. Make him walk through a gauntlet of people holding photos of loved ones who were shot to death, people who call him a murderer and big him not to buy a gun.

Cox commented that the quote was “brilliant,” according to a copy of her Facebook post included in the complaint.

The third Facebook post mentioned in the lawsuit was a link to an article from The Washington Post with the headline, “Leslie Jones leads the charge against Alabama’s abortion ban in the SNL season finale.”

The school’s teacher employment contract contains a line stating that all teachers and employees are considered “active ministers” who understand they must:

At all times publicly speak and act in accordance with the mission and teachings of the Roman Catholic Church.

Cox’s lawsuit names as defendants the high school, Finneran, and four unnamed individuals involved in the decision to terminate her employment.

The Diocese of Charleston said on Friday that it and the school are reviewing the complaint and will:

File a response to the lawsuit with the court in due time.

Catholic leaders often speak against abortion, but studies show that Catholics in the pews are divided on the issue. About 22 percent of Catholics believe abortion should be illegal in all circumstances, according to a 2018 Gallup poll. About 53 pwercent said it should be legal in certain circumstances.

In practice, American Catholics procure abortions at about the same rate as American women overall, according to a report from the Guttmacher Institute. 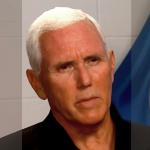 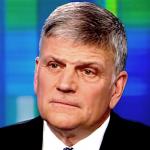 July 16, 2019 Franklin Graham leads paranoid charge against US Equality Act
Recent Comments
16 Comments | Leave a Comment
Browse Our Archives
get the latest from
The Freethinker
Sign up for our newsletter
POPULAR AT PATHEOS Nonreligious
1 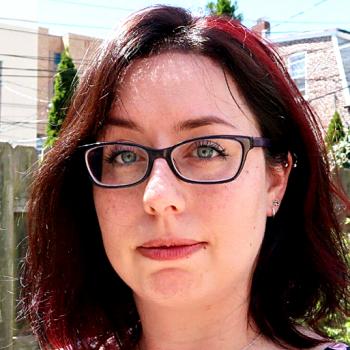