AT the conclusion of his second trial – the first was 2017 –  Father Michael Higginbottom, 76, was jailed today (Tuesday) after being convicted of five counts of buggery and seven of indecent assault.

During a two-week trial at Burnley Crown Court, jurors heard that he “regularly, systematically and horrifically” abused the boys, with prosecutor David Temkin saying:

They were both threatened with violence and both were struck with a strap or a belt.

He will serve half his sentence in prison and half on licence.

In sentencing the sadistic pervert, Judge Andrew Woolman, told him:

You were in the highest position of trust in relation to these boys, who you abused in a quite appalling way. I have no doubt that you specifically targeted these boys. These acts were accompanied, time after time, by threats or actual violence under the guise of a normal school punishment.

Higginbottom was originally found guilty at Liverpool Crown Court in April 2017 of offences relating to the first complainant, but these convictions were quashed in November last year by the Court of Appeal.

It was ruled then that a retrial would be necessary as jurors had not been given full details of the complainant’s conviction for fraud by false representation, which were not available at the time of the original trial.

The second victim came forward to say he had been abused by Higginbottom in the mid-1980s after he watched a television news item on the 2017 trial which he said had:

Brought back memories of what happened.

The way you acted left them with a sense of shame and of guilt, as well as the sense that no-one would believe them if they complained.

He added both victims had been psychologically impacted by what happened, and are still feeling these emotions decades later.

The first complainant attended the college in the late 1970s because he had decided to become a priest.

He told police that St Joseph’s was a “cold, dark and forbidding place” and it was the venue for “mental, physical and sexual abuse”. Higginbottom forced himself on him “again and again”.

Jason Pitter QC, defending, pointed out that his client had spent years working with teenage boys before and since the offending. He said:

There was very powerful character evidence during the trial, of the sort we would not ordinarily hear in cases of this nature. He is somebody who, apart from these few years of his long life, was in fact of positive, good character. It is unique in my experience to see it to this extent.

Wendy Chappell, from the Crown Prosecution Service, said Higginbottom had repeatedly described the allegations as “total lies”, claiming he did not remember either victim.

I would like to pay tribute to the two victims for their immense courage in coming forward and reliving their traumatic experiences by giving evidence against their abuser, with the first victim having to relive it a second time at the retrial. I hope that following today’s sentence that they will be able to find some closure.

Detective Sergeant Stephen Ollerton, of Lancashire Police, said Higginbottom had betrayed the trust given to him:

To an unimaginable degree. This abuse has had a devastating effect on these boys throughout their now-adult lives and for many years. They have been incredibly brave in coming forward to relive the ordeal and the sentence today reflects the seriousness of what that man did to those boys. 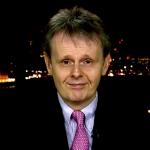 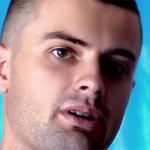