DENNIS Prager, above – right-wing commentator, climate-change denier and all-round hater of all things gay – complained to a Senate hearing this week that his  crappy videos are being ‘restricted’ by YouTube, a subsidiary of Google.

He told the hearing:

In a prepared testimony, Prager told senators that his video-producing organisation, known as PragerU, never got an explanation for why YouTube restricted the videos.

‘Restricted’ means that families that have a filter to avoid pornography and violence cannot see that video. It also means that no school or library can show that video.

Texas Republican Senator Ted Cruz is the subcommittee chairman. He held the hearing to look into the issue of the global Internet giant and censorship, especially of conservative organisations, individuals, and ideas. He said this of Prager:

Hmmm. This is not the picture RationalWiki paints of the loon:

Dennis Prager is a neoconservative radio host and conspiracy theorist who believes that the United States is a Christian nation, and that it’s under attack from ‘secular leftists’  who control the media, universities, public education system, and other institutions.

Prager is notable for having a history of being extremely homophobic despite denying it every ten seconds in his articles and radio show. He has claimed that the legalization of gay marriage is a greater threat to America than economic depression.

Ironically, given Trump’s convincing impersonation of Mussolini (or was it Hitler?) at a rally of white supremacists North Carolina a few days ago, Prager once warned of a fascist takeover of America. This, he predicted, would come about through efforts to promote LGBT tolerance.

What tolerance has to do with a nationalistic, corporatist, and anti-democracy political philosophy that believes in quashing the rights of minorities, we can’t be entirely sure of.

RationalWiki also has an entry for Cruz:

Like any senator from said state [Texas], he’s a gibbering Tea Party nut — an obnoxious reactionary on every social and economic issue.

All that aside, Karan Bhatia, Google’s Vice President of Government Affairs and Public Policy, denied that the tech company is partisan.

Google is not politically biased. Indeed, we go to extraordinary lengths to build our products and enforce our policies in an analytically objective, apolitical way. We do so because we want to create tools that are useful to all Americans. Our search engine and our platforms reflect the online world that is out there. 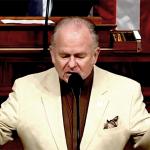 July 20, 2019
Petition calls for US House of Representatives chaplain to be cast out
Next Post 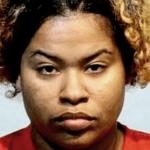 July 21, 2019 'I'll put a spell on you' – New Yorker stole city funds to hex her ex
Recent Comments
16 Comments | Leave a Comment
"While what you said is true, it doesn't explain one important fact about Cauthorn.He is ..."
raven Roe v Wade opponent wants ‘vicious’ ..."
"You have a... polaroid.A polaroid.Has anyone even used a polaroid since little Maddie CawCaw was ..."
Moonbat Humanist Roe v Wade opponent wants ‘vicious’ ..."
"Yep! Poor Adolf. He had a tough time as a kid. But he went a ..."
Broga Roe v Wade opponent wants ‘vicious’ ..."
"So, sad. If only you knew how to read, you could've saved yourself the time ..."
S. Arch Mass hysteria: Church’s cultural diversity service ..."
Browse Our Archives
get the latest updates from
The Freethinker
and the Patheos
Nonreligious
Channel
POPULAR AT PATHEOS Nonreligious
1