CESAR and Diego Gonzales sport long braids because of a promise their Roman Catholic family made to their God.

But the Mathis Independent School Board in Texas prohibits boys from participating in extracurricular activities if their hair is longer than collar-length, and now faces a lawsuit if they refuse to accommodate the religious beliefs  of the Gonzales family.

The school board has been warned by the legal group Becket that “the law is clear” and it will lose in court if it doesn’t reverse its decision to ban two brothers from activities such as football because of the length of their hair.

The school board should give these boys a chance to be active in the sports and clubs they love – not only because the school would lose miserably in court, but because it is the right thing to do.

Becket explained that when Cesar was an infant, he contracted a serious illness, and his parents, Pedro and Belen Gonzales, made a promise to God never to cut a small strand of their son’s hair if he was healed.

Although the school’s dress code forbids male students from having hair past the collar, the school district granted an exemption to the boys from kindergarten through sixth grade, and they participated in school activities with no problem.

Luke Goodrich, a Becket senior counsel, said in a letter to the district that:

In this day and age, a school should be warm and welcoming toward students of diverse beliefs. But instead these boys have been needlessly traumatized and targeted by the very teachers who should protect them from this kind of bullying.

Becket said it is prepared to intervene in the case and “defend Cesar and Diego’s right to learn and play alongside their classmates” if necessary.

The organisation warned the district:

We have won multiple cases in Texas and the Fifth Circuit under the laws at issue in your case, and we are undefeated in the U.S. Supreme Court. … We strongly urge you to settle this case. 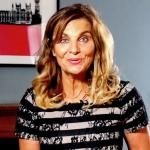 July 22, 2019
C of E teaching used against a transphobic Christian doctor
Next Post 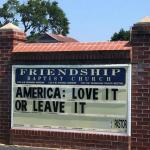 July 23, 2019 'Love it or leave it' sign causes big rift in little Appomattox
Recent Comments
18 Comments | Leave a Comment
Browse Our Archives
get the latest from
The Freethinker
Sign up for our newsletter
POPULAR AT PATHEOS Nonreligious
1