CHRISTIAN Concern, defender of ‘persecuted’ Christians in the UK, has just found itself a new client: Dr David Mackereth, 56, who was sacked from his government post after refusing to identify clients by their chosen gender instead of their biological sex.

Concerns were raised after Mackereth, began working as a Health and Disability Assessor at the Department for Work and Pensions in June 2018. He was told his reports must refer to clients by their preferred pronouns, regardless of their gender.

Mackereth, who had been an A & E doctor for 26 years, challenged the Secretary of State for Work and Pensions, Rt Hon Amber Rudd MP, at Birmingham Employment Tribunal this week over his sacking.

He is contesting his dismissal on the grounds that his freedom of speech, conscience and religion had been violated.

Mackereth maintained that using transgender pronouns was against his conscience as a doctor and a Bible-believing Christian. This led to the suspension of his contract.

Several requests were made by the company’s employment agency for Mackereth to comply with the DWP’s requirements, to which he responded:

I am a follower of the Lord Jesus Christ. He made all things including/especially mankind. We read that He made them “male and female” (Genesis chapter 1 verse 27). In good conscience I believe that gender is determined by biology and genetics, and I see no reason to be in any way ashamed of that.

He was dismissed from his post a week later.

The DWP declared that failing to accommodate clients’ preferences would amount to “harassment” under the Equality Act.

His legal case is being supported by the Christian Legal Centre, Christian Concern’s a sister organisation.

If somebody presents to Dr Mackereth who is obviously biological male, he would want to refer to them as male because that’s who they are and that’s who God made them to be and that’s the reality biologically, obviously he’s a doctor, he’s treating them biologically as well and therefore he should be allowed to do that.

Dieppe said the government demand for compelled speech contradicts the right to freedom of speech.

It’s a very draconian position that the government is putting forward here against him and shows the kind of totalitarian system we’re coming to – compelled speech, which has to overthrow freedom of speech, freedom of conscience, freedom of religion, all in one go.

Dieppe argued that doctors need to know the biological sex of a person in order to medically treat them for certain medical conditions such as breast cancer, that could be overlooked in transgender presenting patients.

This sort of denial of reality of who people are makes a mockery of medicine and ends up causing medical problems and conscience problems and freedom of religion problems for lots of people.

Christian Concern loses more cases than it ever wins. Here’s hoping that this one will be notched up as another loss for the bigots who run this foul outfit. 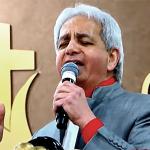 July 9, 2019
'It can be pretty embarrassing to be a Hinn', says conman's nephew
Next Post 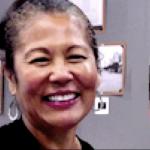