A BBC Three documentary called The Nazi Pug: Joke or Hate? has been condemned a Jewish group in Glasgow.

The programme follows Markus Meechan, known on YouTube as Count Dankula, as he debates his conviction for recording a dog raising its paw to statements including “gas the Jew.” It became available online today (Monday). Meechan, 31, said his video was freedom of speech and called it “edgy humour.”

Attorney Matthew Berlow, of Glasgow Friends of Israel, said of the documentary:

Are we really at the stage when we can now laugh at the painful deaths of six million human beings and call it ‘edgy’ comedy?

Meechan taught the pug, named Buddha, to respond with the Nazi salute when prompted by statements such as “Heil Hitler”and he posted videos of the dog performing the trick on YouTube. He was found guilty of a hate crime and fined £800.

The original video, posted in April 2016 on his YouTube channel, Count Dankula, has been viewed nearly 4.3 million times. Meechan said on the video that he trained the dog to annoy his girlfriend. He later posted a video in which he apologised for the original dog clips, saying it was a joke and that he has no such political leanings.

Is perpetuating the crime he’s been convicted of.

The BBC description of the documentary says:

Markus Meechan is a criminal. Guilty of posting a YouTube video judged “grossly offensive” and containing menacing, anti-Semitic and racist material. He claims the video was a joke. Others claim Markus is a Nazi. But what does the prosecution of a YouTube comedian mean for freedom of expression – is a censorious state overstepping the mark? Or are there some things you just shouldn’t joke about?

BAFTA-nominated filmmaker Dan Murdoch (Britain’s Forgotten Men; KKK: The Fight for White Supremacy) returns with this documentary following Markus as he explores London’s comedy scene, to see what stand-ups can get away with, and why there’s a backlash against ‘edgy’ humour. But along the way Markus’ own motivations and associations are called into question: is his campaign for freedom of speech really genuine?

When Meechan was fined in 2018, Sheriff Derek O’Carroll said:

Section 127 of the Communications Act 2003 makes it an offence to use a public communications network to send certain types of messages including those that are grossly offensive or threatening. The prosecution argued that by posting your video entitled’M8 Yer dug’s a Naazi’ on to the Internet, you committed that offence.

You use the command Sieg Heil, having trained the dog to raise its paw in response and the video shows a clip of a Nuremberg rally and a flashing image of Hitler with strident music. You say the video was only intended as a joke to upset your girlfriend, whose dog you used, and nothing more.

On the whole evidence, including your own, applying the law as made by Parliament and interpreted by the most senior courts in this land, I found it proved that the video you posted, using a public communications network, was grossly offensive and contained menacing, anti-Semitic and racist material.

You deliberately chose the Holocaust as the theme of the video. You purposely used the command ‘Gas the Jews’ as the centrepiece of what you called the entire joke, surrounding the ‘Gas the Jews’ centrepiece with Nazi imagery and the Sieg Heil command so there could be no doubt what historical events you were referring to. 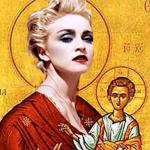 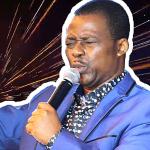 August 6, 2019 There's something rotten at the heart of Mountain of Fire Ministries
Recent Comments
6 Comments | Leave a Comment
Browse Our Archives
get the latest from
The Freethinker
Sign up for our newsletter
POPULAR AT PATHEOS Nonreligious
1