AUSTRALIA’S Hillsong, a charismatic Christian megachurch which began life in Australia, is reeling from the shock of losing a prominent worship leader, the singer/songwriter, Marty Samson, above.

His ditching of Christianity comes in the wake of former pastor Joshua Harris’s announcement last month that he’d kicked his faith into the long grass. Harris was last heard of when he joined a Gay Pride Parade in Vancouver.

I’m genuinely losing my faith .. .and it doesn’t bother me … like, what bothers me now is nothing … I am so happy now, so at peace with the world … it’s crazy.

Sampson also wrote that he wants:

Genuine truth. Not the ‘I just believe it’ kind of truth. Science keeps piercing the truth of every religion. Lots of things help people change their lives, not just one version of God … Unfollow if you want, I’ve never been about living my life for others.

Love and forgive absolutely. Be kind absolutely. Be generous and do good to others absolutely. Some things are good no matter what you believe. Let the rain fall, the sun will come up tomorrow.

David Robertson, above, a former minister of St Peter’s Free Church in Dundee and Associate Director of Solas, the Centre for Public Christianity, today wrote an open letter to Samson, in which he said:

I am so sorry to read your Instagram post about how you are ‘losing your faith’.  I suspect you know this already but be prepared for the reaction. There will be those who laud your ‘courage and openness’ and others who lament your ‘backsliding and apostasy’.

Firstly there is a deep sorrow that someone who once sang ‘for endless days we will sing your praise’ has now decided to walk away from Jesus. You no longer see ‘his wounds, his hands, his feet, my Saviour on that cursed tree. (‘O Praise the Name’). As someone who loves and follows Jesus and knows what life without him is like, I cannot help but feel a deep sorrow for you, and also for those whom you have served with.

I’m afraid that your public renunciation of your faith will do harm to them [Hillsong members], and to the wider body of Christ. I can already feel the schadenfreude of those who dislike Hillsong – ‘see we told you that they were shallow and not “real” Christians”. They conveniently forget that Christians from every tribe have fallen and left the faith. The joy of atheists who hate the God they don’t believe will also fill the web.

Robertson expressed puzzlement over what kind of faith Samson actually had.

Your post said that ‘no one’ talks about how many preachers fall, how many miracles happen, why the Bible is full of contradictions, how can a God of love send people to hell. You seem to have been living in some kind of sheltered cocoon. In the Christian world I inhabit people never stop talking about these things! Was your faith or your church background really so superficial and shallow that these questions were never discussed? Little wonder that your faith collapsed like a house of sand, if it was built on such flimsy foundations and was never tested! …

Let’s take your claim that the Bible is ‘full of contradictions’. That’s the kind of statement I often hear from those who have never read the Bible, but as a Christian songwriter that cannot be your situation. When did you become aware of these apparent contradictions? I have been reading and studying the Bible for the past 40 years and I have yet to come across any substantive or real contradiction. It would be helpful if you could share some of these contradictions that you claim the Bible is full of.

Robertson claimed that some of Samson ‘s other statements:

Are stunning … You say, ‘Science keeps piercing the truth of every religion’. I’m not sure where you picked up that old modernist myth but it is one that has been thoroughly debunked in the 21st Century. I suggest you read John Lennox’s God’s Undertaker that is helpfully subtitled ‘Has Science buried God?‘

Robertson signs off with the inevitable “I’ll pray for you” which gives me the excuse to use this brilliant video, sent to me at the weekend by long-time Freethinker reader Angela. 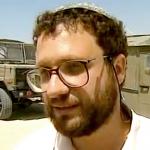 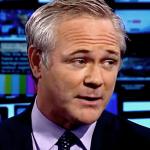 August 14, 2019 UKIP's new leader – the sixth in three years – targets the Koran
Recent Comments
74 Comments | Leave a Comment
Browse Our Archives
get the latest from
The Freethinker
Sign up for our newsletter
POPULAR AT PATHEOS Nonreligious
1