US hate group defends Christian school against a voodoo priest

THE Pacific Justice Institute (PJI), headed by Brad Dacus, above, best known for his hysterical homophobia, has stuck its nose into a dispute between a fundamentalist Christian school and an employee who refused to sign its faith statement.

According to this report, Zaji Zajradhara – “a practitioner of witchcraft” – applied for a job in the business office of Eucon International University, a Christian Bible school located on the island of Saipan, Commonwealth of the Northern Mariana Islands, which is a US territory

After he did not get the job, Zajradhara initiated a labour complaint and the school “felt coerced” into hiring him.

Zajradhara did not show up for his first day of work, and when he did appear later in the week, he refused to agree with the school’s faith statement that all employees are required to sign.

He informed them that he is was a priest of Houngan, a Haitian form of voodoo. When it became clear that Zajradhara’s beliefs and practices were diametrically opposed to theirs, the school sent him a termination letter detailing the incompatibility of witchcraft with the Christian faith. Eucon is a ministry of a Baptist church led by Dr Christian Wei, who was “saved” in 1978.

Zajradhara, through an attorney, initially demanded the equivalent of several years’ wages from Eucon after he had spent less than a week on the job. When the school declined to cough up, Zajradhara obtained a right-to-sue notice from the US Equal Employment Opportunity Commission (EEOC) and filed suit in the US District Court for the Northern Mariana Islands. The complaint was served in late July, and the school filed its answer this week.

This case illustrates how well-intended and important workplace discrimination laws can be horribly misused and abused. We intend to vigorously defend this Bible school as long as it takes to achieve justice.

No Christian school should ever be forced to hire or pay off a voodoo priest. At a bare minimum, the First Amendment means a religious institution must be allowed to choose those who will affirm and advance their mission and beliefs.

Zajradhara is reportedly well known for filing discrimination suits, some of which have been thrown out of court and others he has been able to settle for thousands of dollars 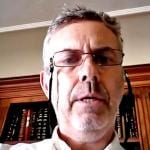 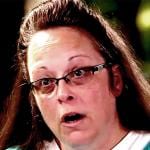 August 25, 2019 Court rules that Kentucky must pay for Kim Davis's bigotry
Recent Comments
15 Comments | Leave a Comment
"Costelloe claims that the 'church can and must also take whatever steps are necessary to ..."
David Cromie ‘Church has changed’ says archbishop after ..."
"I expect the 'holy father' had in mind members of the Roman church, such as ..."
David Cromie Pope Francis: Better to live as ..."
"It hardly matters how you slice and dice it, the fact remains that the man-god ..."
David Cromie Superhero Jesus comic branded ‘blasphemous’ by ..."
"???"
David Cromie Superhero Jesus comic branded ‘blasphemous’ by ..."
Browse Our Archives
Related posts from The Freethinker