Christian teacher forced to resign over her support for gay marriage

AN Australian LGBT advocacy group has taken up the case of a teacher who was allegedly forced to resign from a Christian college because she disagreed with its anti-marriage equality agenda.

Rachel Colvin, above, has lodged a discrimination case against Ballarat Christian College with the support of Equality Australia.

Colvin, a “committed Christian” was an English teacher at the private school from 2008 until February 2019.

She said that in August last year the school informed her she would no longer be offered certain teaching and professional development opportunities, despite her offer to keep silent about her personal support for same sex marriage. She said she was required to attend counselling sessions with the head of teaching and school chaplain.

I loved my job. I am an extremely hard worker and loyal to a fault, and to have it end the way it did was, at first, professionally humiliating. I see it as a God-given opportunity to stand up for what is right, to represent what God is really about: loving others.

She says she’s lodging the case with the Victorian Civil and Administrative Tribunal to let LGBT students know that they aren’t “deformed”.

They were created as they are, in the image of God, and that they are fully loved by God and share equal dignity with all human beings.

The school updated its constitution last year following the legalising of same-sex marriage in 2017. The new clause says:

God designed the two genders, male and female, for the purpose of joy and procreation within the sole relationship of marriage. So a marriage can only be between a male and a female, and upon this foundation alone should children be conceived and families formed.

Colvin, who grew up in an evangelical Christian family in the US and has served as a missionary, refused to support that statement of faith.

It’s completely come out of the blue for the school. This is fundamentally a claim around whether Christian and other faith based schools can continue to hold and teach their beliefs around this and other issues of importance to them.

It is not acceptable for a worker to be forced out of employment simply for refusing to support a divisive statement which is at odds with their own beliefs and out of step with values of tolerance and inclusivity.

Faith-based schools are entitled to affirm their own beliefs, but it is clearly a step too far to require educators to expressly support values or statements that they believe are in conflict with their duty of care towards their students. 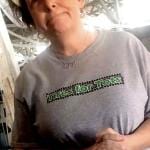 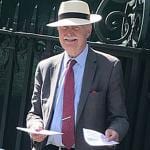 September 17, 2019 Barmy Brexit Baptist castigates The Rocky Horror Picture Show
Recent Comments
0 | Leave a Comment
Browse Our Archives
get the latest from
The Freethinker
Sign up for our newsletter
POPULAR AT PATHEOS Nonreligious
1