RIGHT now, the mayor of Rio de Janeiro,  Marcelo Crivella, above – an evangelical Christian – is trying to dig his way out from under an avalanche of ridicule he brought down on his head after he attacked a comic for featuring a gay kiss.

A former bishop, Crivella had demanded the comic be withdrawn from a book fair, saying it included content unsuitable for minors. But a Brazilian judge granted an interim injunction against this, citing the right to freedom of expression.

In a delicious example of the Streisand Effect, copies of the comic book, Avengers: The Children’s Crusade, quickly sold out after the mayor stuck his beak in.

The image that upset that mayor was also printed on the front page of Brazilian newspaper Folha de São Paulo on Saturday, further boosting its exposure. 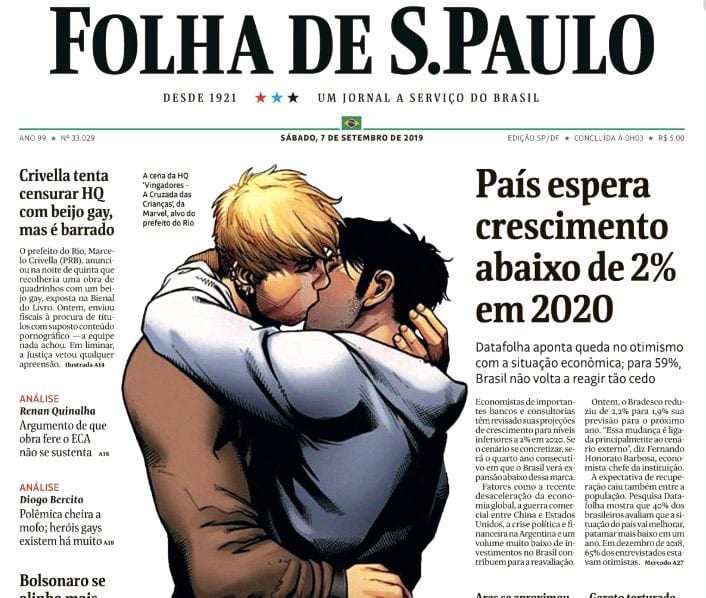 The picture depicts two male characters, Wiccan and Hulkling, kissing while fully clothed. In the storyline, they are portrayed as being in a committed relationship.

The Children’s Crusade series has been available in Brazil since 2012. The luxury hardcover volume available at the book fair was released three years ago, according to the O Globo newspaper.

Gay relationships have been portrayed in Marvel comics since the early 1990s, beginning with superhero title X-Force.

In a Twitter video on Friday, Crivella called for issues of the comic book to be rounded up. He squealed:

Books like this need to be wrapped in black sealed plastic with a content warning displayed on the outside.

Crivella has in the past decried homosexuality as “evil behaviour,” despite same-sex marriage being legal in the country since 2013.

Brazil’s largest literary event “gives voice to all audiences, without distinction, as it should be in a democracy”, the book fair’s organisers told AFP news agency.

Guys, we need to protect our children. Therefore, we have determined that the organizers of the biennial collect the books with content unsuitable for minors. It is not correct that they have early access to matters that do not conform to their ages.

Crivella is a member of the Brazillian Republicanos, a political party closely associated with the controversial evangelical Universal Church of the Kingdom of God, of which Crivella was also a bishop.

The church was involved in the shocking Victoria Climbie case in London. The little girl, accused of being demonically possessed, died in 2000 after suffering months of abuse.

In his 1999 book Evangelizing Africa, Crivella said of homosexuality:

Millions of people around the world are victims of this terrible evil.  They live without peace and in a pitiable condition for a human being.

Though Crivella has reportedly distanced himself from the book in later years, he continues to oppose same-sex civil unions, abortion, and the theory of evolution.

In a video published on YouTube in 2012, Crivella – a creationist – said homosexuals’ sexual orientation could be the result of an abortion gone wrong. 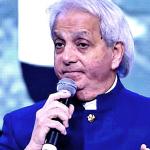 September 7, 2019
Benny Hinn is 'done' with soliciting cash. 'It offends the Holy Spirit'.
Next Post 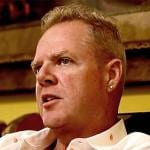