In Russia, holy water was used to combat ‘drinking’ and ‘fornication’

IT’S still early days, so we have no idea yet whether an aerial assault on naughty behaviour in the Russian city of Tver has had any effect, other than to make people point and laugh at the sheer stupidity of dropping holy water on the city from a biplane which looked barely airworthy.

The stunt, according to this report, took place on Russia’s Sobriety Day, a non-official holiday on September 11 when 70 litres of holy water, and a large religious icon were bundled onto a rickety green plane. Once airborne, a priest tipped the water out from a large chalice.

Priests have been flying over Tver on Sobriety Day every year since 2006. Previously, they’ve limited their aerial interventions to prayer, which curiously failed to curb the population’s “drinking” and “fornication”. So this year added holy water to their arsenal.

There’s no doubt that Russians are champion boozers, but recent stats from the World Health Organization indicate new laws banning the sale of alcohol at gas stations or in Moscow kiosks at night appear, at first glance, to have helped cut Russian per capita alcohol consumption dramatically – from 18.7 liters of pure alcohol in 2005 to 11.7 liters in 2016.

But some independent experts argue those numbers can’t be fully trusted, in part because they don’t account for bootleg moonshine or Russians who still drink “non-beverage” alcohol, like bathroom products or cologne. In December 2016, 74 people died in the Siberian city of Irkutsk from drinking scented bath lotion mislabeled as containing drinkable ethanol. The ingredient was actually methanol, a toxic substance used in antifreeze.

As for the “fornication” there appears to be no statistics to show that Tverians have a tendency to overindulge in bonking. 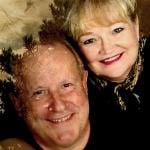 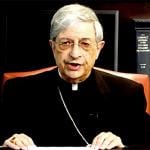