THE bellyaching among conservative Catholics has hardly ceased since Pope Francis, together with Amazonian indigenous leaders, participated in what many have described as a ‘pagan’ tree-planting ceremony in the Vatican Gardens as part of the Amazon synod.

Of particular concern to observers was the presence five statues – naked, pregnant women which many thought were an insult to the Virgin Mary.

So at the weekend two people slipped into a church where the gifts were being held, grabbed them, and dumped them in the River Tiber.

This shocking act of vandalism took place after far-right Christian website, LifeSiteNews, launched a petition calling for the removal of the indigenous gifts from the Vatican. It had gathered 16,000 signatures before the pair of “religious bandits”  took things into their own hands.

Though the “fertility idols” now rest on the muddy bed of the Tiber, some Catholic commentators reckon the damage is already done.

The men behind the action issued a statement, saying:

This was done for only one reason: Our Lord and Savior Jesus Christ, his Blessed Mother, and everybody who follows Christ, are being attacked by members of our own Church. We do not accept this! We do not longer stay silent! We start to act NOW!

Because we love humanity, we cannot accept that people of a certain region should not get baptized and therefore are being denied entrance into heaven. It is our duty to follow the words of God, like our holy Mother did. There is not second way of salvation.

The Vatican is furious. Senior Vatican official Paolo Ruffini told journalists yesterday (Monday) that the theft was “an act of defiance” that was “against the spirit of dialogue.”

We have repeatedly said that these statues represent life, fertility, mother Earth.

Earlier he described the sculptures as “neither pagan nor sacred” and in no way representing the Virgin Mary.

Pope Francis earlier this month hit out at “offensive words” spoken against the Amazon’s indigenous people, noting that a feather headdress is no more ridiculous than hats worn at the Vatican.

The three-week Amazon synod, or assembly, unites 184 bishops, including 113 from the nine countries of the pan-Amazon region, as well as Brazil.

LifeSiteNews reported yesterday that the statues had been stationed in the Synod Hall (right in front of the Pope), in St Peter’s Basilica, and in the Vatican Gardens. In addition, they have been showing up at some nearby churches, like at Santa Maria in Traspontina (which is near to the Vatican).

This is a problem because at least one indigenous leader has identified the original ceremony involving the same statue as ‘pagan’.

Said Scott Schittl, above, one of LifeSite’s petition campaign coordinators:

So far, the response to this petition has been tremendous, Catholic faithful are very annoyed by the seeming indifference by Vatican officials to what appears to be an obvious offense to Almighty God, and a violation of the First Commandment: ‘I am the Lord thy God, thou shalt not have any strange gods before Me.’

For a lot of average Catholics, these statues do not pass ‘the smell test’. People have been alerted to a lot of other dodgy things being promoted at the Amazon Synod.

When questions were first raised about the inclusion of such a statue in Church ceremonies and buildings, a Dominican panelist at the Holy See Press Office conceded that the statue was open to interpretation, as either the Virgin Mary or Mother Earth.

Later, the Vatican denied that the statue represents the Virgin Mary. But officials still have not confirmed what the statue actually does represent.

The petition states that, by not confirming or denying the meaning of the statue:

[Its official inaction on this matter] sows seeds of confusion and syncretism, which is defined as the attempt to amalgamate different religions, cultures, or schools of thought.

The petition points out that allowing and promoting such things in Church events and buildings means that:

The critics of the Amazon Synod were correct when they predicted that the Synod would be a foray by paganism against the divinity of Jesus Christ and His Church. 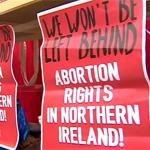 October 21, 2019
Northern Ireland WILL have legal abortion and same-sex marriage
Next Post 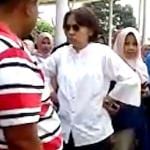 October 22, 2019 Woman brings dog into mosque, gets charged with blasphemy
Recent Comments
14 Comments | Leave a Comment
"Doc: "I'm sorry, Jim, but it looks like this is terminal."Jim: "Oh my god! How ..."
some b@st@rd on the internet More garbage from Fox: viewers are ..."
"“Maybe future generations can look back (the internet never forgets) and LEARN something.”THIS. Are the ..."
Juniper Reddit’s Herman Cain Award forum: heartless ..."
"According to orthodox Islam, Jesus was a Muslim and a prophet. Dunno if prophets get ..."
wannabe More garbage from Fox: viewers are ..."
"Actually it was his parents or so he says. What seems to be true is ..."
raven More garbage from Fox: viewers are ..."
Browse Our Archives
get the latest updates from
The Freethinker
and the Patheos
Nonreligious
Channel
POPULAR AT PATHEOS Nonreligious
1 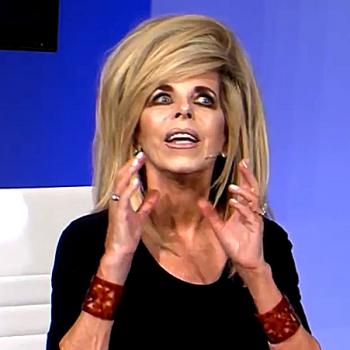 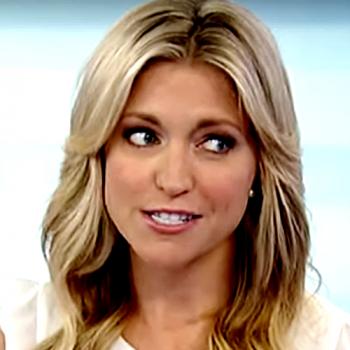