WITHIN hours of US Attorney General William Barr’s ‘Being a Christian Leader’ speech at Notre Dame University’s law school – a speech that was posted on the Justice Department’s website  – outrage was expressed by secularists and groups that advocate for separation of church and state.

Now even Christians are saying that Barr was bang out of order – and Faithful America, a Christian advocacy group that often champions liberal causes, has filed an ethics complaint against Barr, claiming he violated his oath to defend religious liberty for all Americans.

The complaint was filed on October 24 with the Justice Department’s Office of Professional Responsibility. The complaint objected to Barr’s saying at the invitation-only event that religion “gives us the right rules to live by” and that the generation that founded the United States were Christians who:

Believed that the Judeo-Christian moral system corresponds to the true nature of man.

Those moral precepts start with the two great commandments – to love God with your whole heart, soul and mind; and to love thy neighbor as thyself.

Officials at Faithful America claim that Barr’s speech disproportionately focused on Christianity. After Barr’s remarks, an online petition launched by the group:

It has so far attracted almost 14,000 signatures.

Faithful America’s complaint is not the only criticism Barr’s speech has elicited. C Colt Anderson, above, a Roman Catholic theologian and professor of religion at Fordham University, told The Guardian after reading the speech that the AG represents a “threat to democracy.”

Anderson described the speech as a “dog whistle” to ultra-conservative Catholics who, he says, have aligned themselves to Donald Trump in a campaign to limit the rights of LGBTQ Americans, immigrants and non-Christians, especially Muslims, and to criminalise almost all abortions.

The Attorney General is taking positions that are essentially un-Democratic.

Faithful America said that Barr showcased a disregard for religious minorities, suggesting the speech may have been “coordinated” with Trump’s re-election bid.

He cited perceived attacks on conservative Christianity as evidence of ‘secular’ and ‘progressive’ attacks on religious liberty. but did not mention any other religions, despite numerous recent attacks on American Muslims and Jews from supporters of the (Trump) administration.

The group also pointed to Barr’s attack on “militant secularists,” as well as his assertion that:

No secular creed has emerged capable of performing the role of religion.

This, the group argues, amounts to:

An inappropriate favoritism to religion over non-religion. The Attorney General specifically lifted up Judeo-Christian values as ‘the ultimate utilitarian rules for human conduct.

While this was one of five references to ‘Judeo-Christian’ values and moral systems, Mr. Barr also made numerous positive references to Christianity alone, but no mentions of Judaism alone.

Favouring religion over non-religion and Christianity over other faiths, the group alleged:

Is a violation of Mr. Barr’s oath to support and defend the Constitution’s guarantee of religious liberty to all Americans, not just those who hold Judeo-Christian views.

The Office of Professional Responsibility is charged with investigating Department of Justice attorneys accused of misconduct or crimes.

As remedies for the speech, Faithful America listed several requests: that the speech be removed from the DOJ website, that Barr apologise and that he should:

A representative for Faithful America said the group has not heard back from the Department of Justice about the complaint, and the agency did not immediately respond to requests for comment. 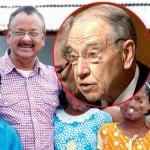 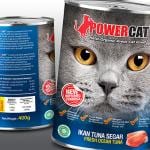 October 31, 2019 Cat food included in a widening range of Indonesian halal products
Recent Comments
7 Comments | Leave a Comment
"Not sure where you're getting the private* school bit from, I've had a quick look ..."
Christopher Callipygian Schoolboy in frock? Yuck! Christian couple ..."
"They live on the west t of the island if i remember correctly there are ..."
Raymond Metcalfe Schoolboy in frock? Yuck! Christian couple ..."
"And of those 38,000 petition signatures, 37,999 are aliases of all the Rebel Media staff. ..."
Brian Shanahan Plague rat pastor claims court ordered ..."
"They want to increase the punishment for homosexuality from 3 years in prison to 5 ..."
C Nault Ghana chief: ‘Pass anti-gay bill or ..."
Browse Our Archives
get the latest updates from
The Freethinker
and the Patheos
Nonreligious
Channel
POPULAR AT PATHEOS Nonreligious
1