RABBI Pinchas Goldschmidt, above, President of the Conference of European Rabbis (CER), has slammed  Sweden’s Center Party for voting last week by 314 to 166 to to oppose the non-medical circumcision of boys.

Goldschmidt, who has claimed in a 2015 video that Jews and Muslims are “natural allies” in their battle to become integrated into European societies, said the vote was an invitation to Jews to leave Sweden.

Goldschmidt warned that the party’s decision could start a wave of anti-religious legislation across Europe. In a statement yesterday (Monday) he said:

We see this decision as the beginning of a new wave of anti-circumcision legislation in Europe. This is part of the bad spirit of anti-religious legislative initiatives in Europe. The Swedish Center Party’s decision to promote a ban on religious circumcision is a request for Jews to leave Sweden, the most liberal of EU states. We mourn the lack of tolerance and loss of diversity in today’s Sweden.

And he threatened that, if necessary, the CER:

Will enlist the international community, as we did in Iceland and other countries, in order to fend off this attack. Even though the Swedish Center Party is not part of the coalition, we must remember that it represents 8% of the votes, holds 31 seats in the 349-member Parliament, and is the third-largest party in Sweden.

Goldschmidt pointed out that in the past few years there has been:

A number of similar legislative attempts against circumcision in Finland, Iceland, Denmark, Sweden and Norway. We have seen how the process moves forward, and only after we put up a strong fight, with the help of international organizations, did these countries decide not to ban [circumcision].

The party’s head, Annie Loof, was among several leaders who criticised the vote.

Jewish circumcisions are currently licensed by the Swedish National Board of Health. When carried out on the eighth day of a Jewish boy’s life, they are joined by a nurse or a medical doctor.

To mobilize Israel for the fight against anti-religious legislation in Belgium.

According to the CER, Nahshon received “a comprehensive overview of the special problems” European Jewry is facing, and “in particular the legislation against shechita [ritual slaughter] in the two largest provinces in Belgium.

Nahshon expressed his confidence that Israel would help as much as possible in the battle against anti-religious legislation that often accepts antisemitic expression of humanity.

OU executive Vice President Allen Fagin warned that the party’s decision to promote a ban on religious circumcision would lead to the exodus of Jews from the country.

We ask that they hear our concerns, understand the importance of this issue, and respond accordingly. 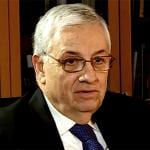 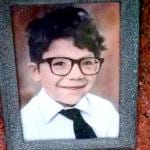