BENJAMIN Field, a 28-year-old British church warden and son of a Baptist minister, has been jailed for life for the murder of Peter Farquhar, 69, following a sustained campaign of physical and mental abuse.

Field was convicted in August of killing Farquhar, a retired teacher, novelist, evangelical Christian and part-time university lecturer, to inherit his house and money, and trying to make his death look like an accident or suicide.

Field was given life imprisonment with a minimum term of 36 years by Mr Justice Sweeney at Oxford crown court today (Friday).

After Farquhar’s death, Field began targeting Farquhar’s neighbour, 83-year-old Ann Moore-Martin, above, in the village of Maids Moreton, Buckinghamshire. Field gaslighted Moore-Martin, a deeply religious retired headteacher, by writing messages on her mirrors purporting to be from God.

Field was cleared of a charge of conspiracy to murder Moore-Martin, and also acquitted of her attempted murder.

Farquhar died in October 2015, five years after he published a gay novel, Between Boy and Man. The plot was heavily based on Farquhar’s experience at Stowe School and concerns the struggle of a school chaplain to reconcile his Christian faith with his homosexuality.

Moore-Martin died in May 2017 from natural causes.

Prosecutors said Field had a “profound fascination in controlling and manipulating and humiliating and killing” and alleged he had plotted his crimes with his friend, Martyn Smith.

Smith, 32, a failed magician, was found not guilty of murdering Farquhar at Oxford crown court. He was also cleared of charges of conspiracy to murder and the attempted murder of Moore-Martin.

During the trial, jurors were told of Field’s elaborate project of befriending elderly individuals, who were vulnerable and lonely, then defrauding them by allowing them to think he was in a loving relationship with them. He then encouraged them to change their will to benefit him and began a devastating campaign of physical and mental torture.

Field admitted to poisoning, gaslighting and defrauding Farquhar in order to get a better job and inherit his wealth when he died and told the court he had also deceived and manipulated Moore-Martin in a similar way.

While he accepted he had “psychologically manipulated” the pair, Field denied any involvement in their deaths.

Field drew up a list of 100 future “targets”, including his own parents and grandparents, the court heard. He told the jury the “100 clients” file was not just a list of future targets but of people who could help him. The Crown Prosecution Service said the case was like a “plot from a novel”.

Field and Smith met Farquhar when they were students at Buckingham University. He struck up a friendship with the university lecturer and began lodging with him. Oliver Saxby QC, the lead prosecutor, told the jury that Field saw:

Peter was vulnerable, and this was something, from the very outset, he decided to exploit.

Field and Farquhar soon entered into a relationship and had a formal ceremony, which they called a betrothal ceremony.

Like Farquhar, Moore-Martin was unmarried and had no children. Saxby told the court she was “fundamentally lonely”.

In a statement, the Diocese of Oxford (Church of England) said:

The sentencing of Ben Field marks the conclusion of a long, complex and disturbing case. It’s clear that Ben Field manipulated everyone he came into contact with. We’re determined to learn what we can from this extraordinary case. The church and wider society needs to be ever more vigilant of those who can be made vulnerable by the likes of Ben Field, simply because they are elderly or lonely. 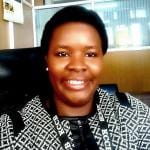 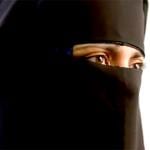