USING a passage from the Bible in defence of a bigoted Christian doctor proved a futile ploy in the case of Dr David Mackereth, 56, above, who challenged his sacking for refusing to to identify patients by their chosen gender pronouns.

According to this report, Mackereth’s lawyer, Michael Phillips of the Christian Legal Centre (CLC), threw Genesis 1:27 into the hearing:

So God created man in His own image; in the image of God He created him; male and female He created them.

It follows that every person is created by God as either male or female. A person cannot change their sex [or] gender at will. Any attempt at, or pretence of, doing so, is pointless, self-destructive, and sinful.

This cut no ice with Judge Perry who ruled that:

Belief in Genesis 1:27, lack of belief in transgenderism and conscientious objection to transgenderism in our judgment are incompatible with human dignity and conflict with the fundamental rights of others, specifically here, transgender individuals

And the Department for Work and Pensions (DWP) which gave Mackereth the boot said that Genesis 1:27 was not a protected belief under the Equality Act but was instead “mere opinion”.

At the tribunal in Birmingham, Phillips argued that the DWP had discriminated against the doctor because of his Christian beliefs.

In so far as those beliefs form part of his wider faith, his wider faith also does not satisfy the requirement of being worthy of respect in a democratic society, not incompatible with human dignity and not in conflict with the fundamental rights of others.

Giving evidence at an earlier hearing in July, Mackereth said his manager had told him he had the “right to leave” if he wasn’t comfortable with addressing patients by their preferred gender pronouns.

The dispute arose after Mackereth says he was asked by his manager whether, in a hypothetical situation, he would address a “man six foot tall with a beard” as ‘she’ or ‘mrs’ if that was the patient’s choice. The doctor said that he could not in good conscience do this but alleges that he was told by his superior that he should follow:

The process as discussed in your training.  If however, you do not want to do this, we will respect your decision and your right to leave your contract.

Giving evidence, Mackereth said that he did not resign his position and was the victim of direct discrimination and harassment. He argued that he was dismissed:

Not because of any realistic concerns over the rights and sensitivities of transgender individuals, but because of my refusal to make an abstract ideological pledge.

The Christian Legal Centre complained that this latest loss in its long history of failed legal challenges will have “serious ramifications” for Christian medical workers and professionals in other fields by:

Excluding foundational Christian beliefs from the protection of human rights and anti-discrimination law.

It said that the judgement was “contrary to scientific reality” and “likely to undermine freedom of speech in the workplace”.

This is an astonishing judgment and one that if upheld will have seismic consequences not just for the NHS and for Christians, but anyone in the workplace who is prepared to believe and say that we are created male and female.

It is deeply disturbing that this is the first time in the history of English law that a judge has ruled that free citizens must engage in compelled speech. Here Judge Perry has ruled that Christianity is not protected by the Equality Act or the ECHR, unless it is a version of Christianity which recognises transgenderism and rejects a belief in Genesis 1:27.

The teaching of Genesis 1:27 is repeated throughout the Bible, including by Jesus Christ himself. It is fundamental to establishing the dignity of every human person but is, in a bizarre ironic twist, being branded as incompatible with that dignity.

No protection is given to beliefs ‘incompatible with human dignity’ and ‘not worthy of respect in a democratic society’. In the past this definition has only applied to the most extreme beliefs, such as those of Holocaust deniers, neo-Nazis, and similar. It is quite shocking for the judge to put the belief in the Bible in the same category now.

This is one of the most concerning rulings we have ever seen at the Christian Legal Centre and we are determined to continue to fight for justice in this case, not just for Dr Mackereth and Bible-believing Christians, but for everyone who believes that we are born male and female.

People who suffer from gender dysphoria must be treated lovingly, but not telling the truth to these vulnerable people is unloving. Men cannot become women nor can women become men.

Responding to the judge’s ruling, Mackereth said he planned to appeal.

I am not alone in being deeply concerned by this outcome. Staff in the NHS, even those who do not share my Christian convictions, are also disturbed as they see their own freedom of thought and speech being undermined by the judges’ ruling.

No doctor, or researcher, or philosopher, can demonstrate or prove that a person can change sex. Without intellectual and moral integrity, medicine cannot function and my 30 years as a doctor are now considered irrelevant compared to the risk that someone else might be offended.

I believe that I have to appeal in order to fight for the freedom of Christians – and any other NHS member of staff – to speak the truth. If they cannot, then freedom of speech has died in this country, with serious ramifications for the practice of medicine in the UK.

Will Jones, writing for The Conservative Woman, also put his oar in:

Surely it is time for politicians to see that transgender activism, anti-discrimination legislation and the power of the courts have gone too far.

More even than the question of compelled speech, this ruling is about dictating thinking too. Anyone who refuses go along with the approved State doctrine of gender fluidity as a belief is offending against the dignity and rights of transgender people. To the British courts, believing in common sense and science now puts you on a par with the Nazis. 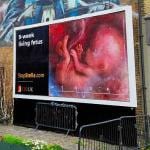 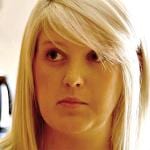