EVANGELIST Dr Faiz Rehman, above, is currently in jail, awaiting trial in India for alleged sexual crimes against young children. But Iowa Republican senator Charles (Chuck) Ernest Grassley, inset, is alleging that Rehman is the victim of persecution because he’s a Christian.

Faiz Rehman, who ran the Good News India Dream Centre shelter in Dhenkanal district, was arrested in December last year over allegations by inmates that he physically and sexually tortured them. The centre housed 87 children aged between five and 16. An official described the place as “a house of horror.”

Young girls in the shelter home alleged that Rehman hugged, kissed and made them hold his sexual organs and whenever they raised any objection, he threatened them to throw out from the shelter.

Grassley, now serving as Resident pro tempore of the US Senate and representing Iowa, is upset over Rehman’s detention, and it’s just been revealed that wrote to the Indian ambassador to the US, Harsh Vardhan Shringla, in Auhust to say that the Muslim-turned-Christian being unjustly “persecuted” because he’s a “practising Christian.”

After the alleged abuse was revealed, the authorities shut down all 25 shelters run by Rehman in Odisha and transferred the inmates to their respective homes or orphanages.

Rehman, who studied theology in the United States, has had his his bail applications turned down by Orissa High Court twice – in February and August – this year.

Grassley, 86, said in his letter to the ambassador:

I have been contacted by several Iowans about the case of Dr Rehman expressing their concern that he is being unjustly persecuted because of his religion as a practising Christian.  Since his arrest, Dr Rehman has been denied bail and has had his trial delayed on numerous occasions.

I ask that your government look into Dr Rehman’s case that it be given every consideration under applicable Indian law and that it be resolved as speedily as possible.

Dhenkanal’s superintendent of police Anupama James said she would not be able to comment on the case as it was now subjudice.

Police officials, who investigated the sexual harassment case against Rehman, said the Kolkata-born pastor was baptised while he was at the Assembly of God Church School before migrating to the US.

He received a master’s degree in Christian education from Golden Gate Theological Seminary in California. He then returned to Kolkata and worked as an evangelist.

After returning to India, he formed an organisation called Happy and Holy Home Society in Salagadia, Nayagram in West Bengal’s West Medinipur district.

He then opened 25 childcare hostels in Odisha called Good News India Dream Centres. The childcare home in Dhenkanal for which he was arrested, was started in 2012.

His Good News India NGO has a board of directors in the US and is endorsed with the Northern California-Nevada District Council of the Assemblies of God.

Police officials, as well as officials of child welfare committee who investigated the case, said that the allegations against Rehman were severe.

The food that they were being given was sub-standard. At least seven of the girl inmates gave me in writing that Rehman was touching their private parts and often kissed them much to their discomfiture.

They were beaten with shoes whenever they protested. As the children came from poor backgrounds, they kept silent. It was a house of horror.

Retired deputy superintendent of police Subash Sahoo, who investigated and submitted the charge sheet in the case, said Rehman had not observed any rules and regulations and illegally ran the Centre since 2012.

Officials said Rehman’s bail application was first rejected in February and again in August this year on the ground that he was an influential person and if released on bail there was every possibility of him tampering with the evidence, particularly as the victims are from poor families.

Dr. Rahman comes as a Pastor/Teacher with a heart for Revival and Renewal among the people of God. He brings together a rich blend of Academic accomplishments and practical ministry to speak a relevant word to our generation. His heart continually beats in a great commitment to the Great Commandments and the Great Commission. 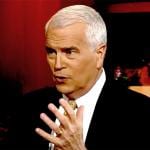 October 30, 2019 Christians are now railing against Barr's 'ridiculously stupid speech'
Recent Comments
10 Comments | Leave a Comment
Browse Our Archives
get the latest updates from
The Freethinker
and the Patheos
Nonreligious
Channel
POPULAR AT PATHEOS Nonreligious
1