FOR three days in the West Midlands – ‘once a place that was once the engine-room of progress and enlightenment for the whole planet’ – a bunch of deranged creationists, including Ken Ham,  above, CEO of Answers in Genesis, gathered at the end of October to discuss increasing attacks on the Bible and faith, and warn young members of the audience that hellfire awaits non-believers. The irony, oh how it hurts!

The blurb for the the UK Creation Mega Conference said:

The Bible is under attack. Skeptical questions and arguments are frequently used to dismiss Scripture’s teachings regarding history, morality, and, most importantly, the gospel message. Are you prepared to ‘contend for the faith’ in a culture increasingly hostile to the message of Scripture?

Join Answers in Genesis–US founder and CEO Ken Ham for three days of apologetics teaching that will equip you to boldly contend for the faith in our increasingly skeptical age. You’ll discover answers that will strengthen your faith and embolden you to share the good news of Christ with others.

After it ended I went on a futile search for reports on the event which attracted 1,200 people who paid £58 to get into the Bethel Convention Centre in West Bromwich. There were none. Not even on the Answers in Genesis website.

But today I hit paydirt in the form of a post on Reddit by u/simulacrumofthought who coughed up the dosh to attend:

Here’s what he wrote:

At the End of October I visited the Answers in Genesis Mega Conference in West Bromwich, UK. As an atheist and biologist, I went out of curiosity to see how much of a draw Ken Ham’s brand of science-denying stupidity is in the UK and to see what the speakers had to say. I was expecting a tsunami of moronic claims and I was not disappointed and, now that I have stopped laughing, I can say a little about it.

Stand-out talks included AiG’s science denier in-chief, Georgia Purdom, above, telling us all about the “Genetics of Adam and Eve”, the thrust of the piece being that all human-chimpanzee genetic comparisons made by people who know what they are doing are garbage.

[Editor’s note: Purdom has an entry in The Encyclopedia of American Loons].

Conclusion: we are not related to chimps, or any other animals for that matter. In fact we are not animals!

Stuart Burgess, an engineering professor from Bristol University, went on to tell us that the human body could not have evolved but, instead, had to be designed in his “Wonders of Creation” talk. All those crappy features of the human body (the back, eye, laryngeal nerve) that “evolutionists” use as evidence for evolution are, contrary to what we all though, examples of good design. I thought he was being a bit economical with the truth but the credulous audience loved it.

Then there was Prof. Steve Taylor, above, from the Mass Spectrometry Group at Liverpool University talking about “Dinosaurs, Dragons and DNA”. This one told the audience that the Earth is young – 6000 years young – and all the data points to it. He even claimed to have extracted C14 from ancient fossils to prove it so there should be some earth shattering publications coming up soon.

A UK geologist called Paul Garner, above, who seems to work for a creationist organisation, talked about “Dinosaurs: New Insights from Creationist Research”. The new insight being that, wherever you find a fossil dinosaur there is one certainty – the Noarchian flood put it there. He clearly gets confused with regards to the meaning of the word “insight”.

There was lots of other guff on show, piles of books and DVDs to be bought and it is three days I will never get back. The concerning part of it all was the fact that 1200 people turned up for this exercise in stupidity. Hundreds of children were present and they were left in no doubt that unless they believe the literal word of the Bible they are hell-bound.

Maybe it is just me, but I found it less than classy for Professors from UK universities to be telling children this. Similarly concerning is the fact that these blokes trade off their university credentials to lend gravitas to their claims, something that I am sure their institutions are really chuffed about.

The author, using the name “Magolomaniac” on YouTube, then directed Reddit readers to a great video report he made of the event: 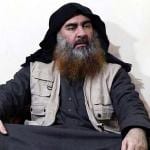 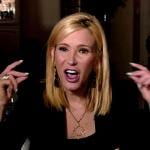 November 5, 2019 Trump 'dreamed' of building a megachurch for his 'personal pastor'
Recent Comments
78 Comments | Leave a Comment
Browse Our Archives
Follow Us!