A BOY, who is the process of being adopted by a gay couple – Louis van Amstel and his husband Josh – was told by a substitute teacher in a class full of children at Deerfield Elementary School in Cedar Hills, that homosexuality is ‘a sin.’

The incident occurred when the lad who, in a class discussion about Thanksgiving, said:

I’m thankful that I’m finally going to be adopted by my two dads.

Students said that the teacher snapped:

Why on earth would you be happy about that?

For the next 10 minutes she lectured the 30 kids in the class about her own views, how “homosexuality is wrong” and “two men living together is a sin.” She looked at the boy, too, and told him:

That’s nothing to be thankful for.

Three girls asked her to stop multiple times. But she continued, so they walked out of the room to get the principal.

As the substitute was escorted out of the building, she was still arguing, trying to make her point, the boy’s fathers say they were told by school officials.

She also tried to blame our son and told him that it was his fault that she went off.

Van Amstel and his husband, Josh, said administrators called them immediately after it happened. At first, their son didn’t want to talk about it and didn’t want to get the substitute teacher in trouble. The school pieced the story together from multiple student accounts.

The incident is now under investigation. Alpine School District spokesman David Stephenson said he cannot speak about personnel issues but noted that “appropriate action has been taken.”

Another Thanksgiving story comes from the Hill Reporter and concerns a nutjob called Linda Harvey, above. Last year the Christian crackpot, founder of hate group Mission: America, made headlines when she launched an attack on a movie – Boy Erased – about ‘gay cures’ and the harm they do.

Well, Harvey, above, is back in the news, this time for penning an opinion piece this week that suggested members of LGBT communities don’t celebrate Thanksgiving at all because they are not grateful for anything.

Harvey’s outfit has earned a place on the Southern Poverty Law Center’s list of hate groups due to its vociferous anti-LGBTQ stances. According to Harvey’s bio page, Mission: America is:

In a now-deleted article from the far-right Christian website LifeSiteNews, Harvey insisted that several left-leaning individuals are naturally ungracious.

It’s that time of year when being grateful rises to the top of our priority list – for most of us, that is. Sadly, some people are simply ungrateful, and proudly so … Ingratitude forms a core ingredient of the ‘LGBT’ community, the pro-abortion movement, and the left in general.

She suggested that those who deviated from her version of God’s message were inherently ungrateful.

The internet is replete with homosexual/transgender hostility toward parents, those who lovingly provided a home, allowance, support, and often college tuition, not to mention the child’s genetic heritage — and receive derision and scorn in return from sexually sinful or gender-deviant children.

Often, it’s the other way around: LGBTQ youth who come out to their parents don’t always have that “special TV episode” moment, and a number of families disown their children or even threaten them with physical harm (including murder), according to an article from Cracked.com.

Many LGBTQ youths end up homeless as a result of families that don’t embrace them. Suicide rates for the community are significantly higher than the general population.

But according to Harvey, LGBTQ individuals being truthful about their sexuality and who they love is a form of ingratitude. ‘The tears of these parents could fill a cathedral,’ she wrote. 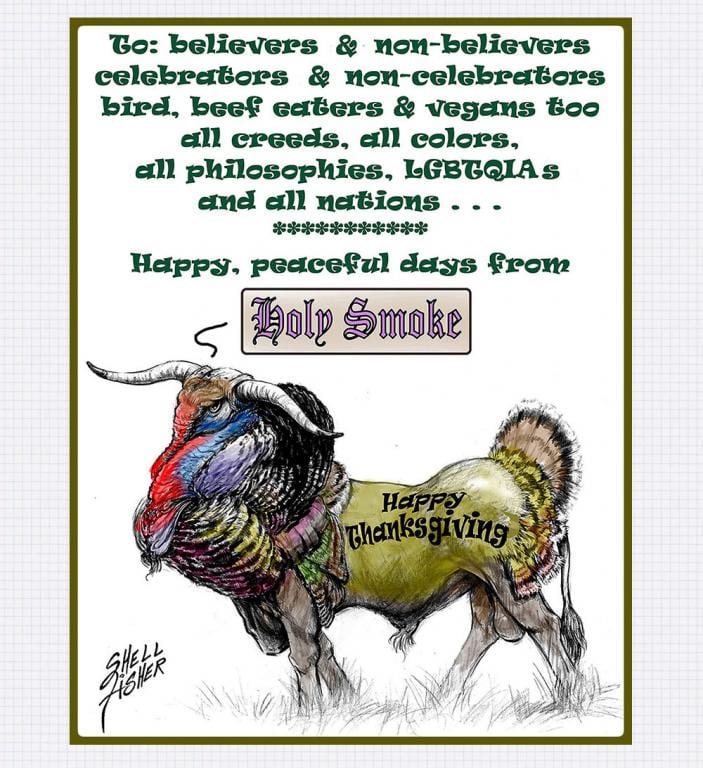 Editor’s note: the timely Thanksgiving image used in this report was sent to me today by California-based Shell Fisher, who regularly creates illustrations for the Freethinker. 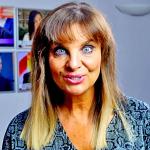 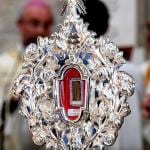