According to this video report, there are currently three Muslim Patrol cars, but there are plans to increase the fleet to 30. An undercover informant who applied to become a patrol member was told by the Director of Operations of the MCP, Mahwish Fathma, above, that the MCP existed in part to implement Islamic law.

We’ll enforce it [Sharia] on Muslims first then on non-Muslims. We’re going to enforce both Sharia law and American law. It would be contradictory to enforce Sharia law without also upholding the laws of the land.

I should point out that the video was posted by a right-wing “family values” organisation – the Christian Action Network which was branded as a hate group by the Southern Poverty Law Center – but more reputable news outlets, including The New York Times, have voiced similar concerns.

The Muslim Patrol originally said its purpose was to serve as a liaison between Muslims and the NYPD. But after the mosque shootings in New Zealand in March, in which a gunman killed 51 Muslims, the MCP began describing itself as a law enforcement organisation, claiming its goal is to:

When the group was launched, the group’s Vice President Noor Rabah dismissed the notion that it was intent on imposing sharia law:

It’s about Muslims taking care of people in our community. But it’s not just Muslims. If we’re driving or we’re patrolling, and we see a guy attacking a woman we don’t ask, ‘what’s your religion? What do you believe in? Who’s your God?’ We’re there for preventative measures  … we’re there to help our community.

But according to this report “bullying” and “gangster-like” tactics have been reported by locals in areas where the patrols operate, creating a backlash against the self-described “civilian patrol organisation.”

Earlier this month it became embroiled in potentially explosive incident outside the Masjid Taqwa in Brooklyn with members of the Bloods, a notoriously violent gang.

A verbal altercation began when a teenage boy allegedly “disrespected” a Muslim woman outside the Masjid Taqwa mosque on Fulton Street. The boy did not touch the woman, bystanders say, but did speak to her.

A MCP member grabbed the teen by the collar and threw him against the gate of the mosque. While the boy was pressed  against the fence, the Muslim Patrol member held him by the neck and lectured him.

The boy complained to his father, who happens to be a senior member of the local Bloods. The father rallied six other Blood members to join him and went to the mosque, where at least one Blood member brandished a weapon.

According to a witness, the father said to the Muslim Patrol officer:

Dude, I’m going to bust in your fucking mouth if you ever put your hands on my child again.

Witnesses reported mutual shouting as the Bloods confronted the original Muslim Patrol member, who was quickly shoved into the mosque by his comrades to protect him. One witness said:

It was going to be something big out there. The Bloods were shouting, ‘You all are running around here playing like you’re the real police. You all want to put your hands on these little kids. We don’t give a fuck about your Masjid. Fuck your Masjid.’

As tensions rose, a NYPD patrol unit arrived and used its loudspeaker to tell the two arguing factions to “disperse” and to “keep it moving.”

According to the BBC, while many in the community have welcomed the MCP presence in the neighbourhood, there are others who question the need for this patrol and the motives of the group behind it.

Somia Elrowmeim, who works for the Arab American Association of New York, says there are lots of questions about the group and who they are.

We want them to stay out of the community. Any small problem that they cause would reflect really badly on us.

She said the Muslim community pays its taxes like any other, and it’s the NYPD’s job to provide security. 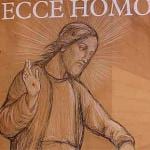 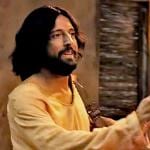 December 22, 2019 'Blasphemy' in Brazil: Netflix faces lawsuits and an official probe
Recent Comments
129 Comments | Leave a Comment
"I mentioned the churches thing on my favourite political blog – someone suggested it was ..."
guerillasurgeon Pastor: Churches aren’t required to pay ..."
"Thanks Barry. Now watch me promptly forget her name for the next time I have ..."
Brian Shanahan ‘Persecuted’ chaplain thrown under a bus ..."
"Awesome. So I assumme the mail is not delivered by the government but by god? ..."
Wisdom, Justice, Love Pastor: Churches aren’t required to pay ..."
"That's Limericks Я Us."
Michael Neville BBC denies mocking the faith of ..."
Browse Our Archives
get the latest from
The Freethinker
Sign up for our newsletter
POPULAR AT PATHEOS Nonreligious
1