YES folks, she’s out from under her rock again. This time Elizabeth Johnston, aka ‘The Activist Mommy’ has declared war on A Children’s Book of Demons and the outlets that are selling it.

The human foghorn and mother of ten begins a blog post by saying:

Time and time again, Christians are mocked and scorned for our belief in the supernatural and our acknowledgment that dark forces are at work in this world.

Postmodernists would like to think that the teachings of God’s Word regarding the immaterial realm are little more than persistent mythology that continues to hold humanity in the dark ages. But then, they publish garbage like this.

Aimed at children aged 7-10, the book offers a chance for young readers to “grab your coloured pencils and sigil drawing skills and dial up some demons” as a “fun” way to solve problems such as bullying or housework.

The book, written by Aaron Leighton, an award-winning illustrator and art director and fan of all things occult, first hit bookstore shelves back in July.

A review of the book from the Canadian Review of Materials (CM) stated that the humorous nature of the “demons” it catalogues simply makes it a fun, entertaining children’s book.

FUN? Now there’s a word to get the undies of fundies like Johnston’s in a right old twist.

As if it weren’t shocking enough that a book like this even exists, CM suggests that it be integrated into classroom curriculum: Though A Children’s Book of Demons is not an essential purchase, this fun, imaginative read could be used as a stimulus in a combined language arts and art class in which students are invited to invent and illustrate their own demons for situations and problems …

This is what “calling evil ‘good’” looks like, folks.

As ridiculous as the “demons” contained in the book may be, there is nothing innocent or fun about even pretending to summon evil spirits, least of all as a means of ‘creative problem-solving.’ But who is to say it is pretend? The spirit world is real and is no laughing matter.

She then points out that Leighton is an occultist who is:

Clearly looking to proselytize our children. Not on our watch!!

This vile book is currently for sale by Amazon, Target, and even Walmart. While the former two have given us ample reason for boycott in the past, especially Amazon’s practice of banning books at the LGBT movement’s request, this is something of a surprise coming from Walmart.

While the book has several extremely negative reviews on each website cautioning shoppers to avoid it, this isn’t good enough.

Contact Walmart to demand that they stop selling this dangerous book!

The reason that the book has been getting bad reviews is because Christians have been trolling sites like Walmart and Amazon. One of the funniest Amazon reviews comes from Katrina Luckenbach who wrote:

My 7 year old son got this for his birthday and could it put it down for a week! At first, I was glad that he put down the video games and opened up a book, but now I’m not so sure. Ever since finishing the book he (they?) keeps referring to himself (themselves?) as Sliatiel, Lord of maggots. He’s not the same little boy anymore. He’s…oh god he’s outside the door. Please help me …

That this was satire was made clear by one reader who pointed out that Katrina Luckenbach was a ship.

Leighton missed a trick by not featuring Johnston as one of his more frightening demons. She has a face that would terrify a police horse on a foggy night! 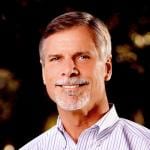 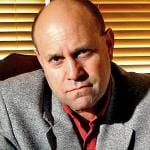 December 6, 2019 War of words erupts over religious dog tags in US the military
Recent Comments
43 Comments | Leave a Comment
"Personally I suspect it has something to do with fewer and fewer people remembering when ..."
RainbowPhoenix Fewer gays are cowering in closets; ..."
"Still, with great chords and vocal harmonies . ."
vortexau Devout Catholic businessman claims Trump is ..."
"yeah it was a setup, its all coming out in court. They were literally banned ..."
Dana W Trump addressed crowd from stage resembling ..."
"Best/worst part of Cruz's Cancun fiasco.... he tried to blame his own poor judgement and ..."
S. Arch Op-ed: Oh, how they laughed when ..."
Browse Our Archives
get the latest from
The Freethinker
Sign up for our newsletter
POPULAR AT PATHEOS Nonreligious
1