IF pastor John Gray, who heads South Carolina’s Relentless Church has one talent it’s to get himself into all kinds of pickles.

Gray, who is facing eviction from the church, is now being sued by former employee, Travis Hayes, who alleged in a lawsuit this week that Gray has refused to pay him thousands of dollars in wages earned before he resigned.

Hayes, inset above, who resigned last December 5, claimed in the lawsuit filed in Greenville County that Relentless Church hasn’t paid him more than $75,000 that’s owed to him.

Hayes, who describes himself on Twitter as “Christian, Conservative, Husband, Father, Gun Enthusiast”, had been the Chief Financial Officer for Ron and Hope Carpenter’s Redemption Church for 20 years, and he stayed in Greenville when the Carpenters moved to California to take over a church in San Jose.

He became the Chief Financial Officer for Gray’s ministry, and was promoted to Chief Operating Officer in March or April 2019, he said in his lawsuit.

Hayes was reassigned to be Director of Special Projects in November 2019 and said Gray told him his pay wouldn’t change, but Hayes said he chose to resign on Dececember 5:

On his observation of certain going-ons at Relentless which caused him material ethical and business concerns.

Gray, “an internationally known preacher and television personality” who remains an associate pastor at Joel Osteen’s Lakewood Church in Houston, formed Relentless Church in Greenville in 2018. It was his first senior pastorate.

Gray has been involved in multiple controversies since he arrived in Greenville, including buying his wife, Aventer, a $200,000 Lamborghini for an anniversary gift. Eyebrows were also raised when Relentless bought him a $1.8 million home. Then there was the small matter of an “emotional affair” with another woman, which he addressed on national television.

Gray’s church is currently involved in a dispute with the Carpenters and Redemption, which owns the Greenville church property and wants Relentless to be evicted from the property.

For the record, preacher Hope Carpenter, above, is seriously deranged. Earlier this year she said at a service at Relentless that she had a knife in her handbag and “cuts people.”

In the wages lawsuit, Hayes said he was paid $200,000 a year at Redemption and that Gray told him he wanted to give him a $25,000 raise when Gray took over the church.

Hayes said in his lawsuit that on or after December 5, Relentless mailed him a letter saying he was being fired for violating Relentless confidentiality policy.

He said he has no idea what sort of policy violation Relentless referred to and said he was separated from employment without cause and is entitled to his pay. 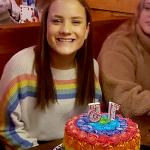 January 15, 2020
Christian school expels girl pictured with a cake of many colours
Next Post 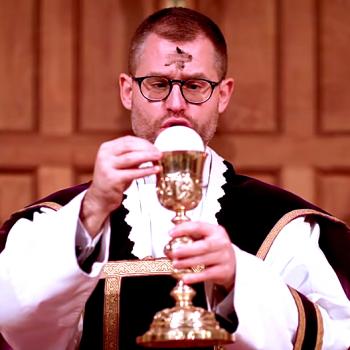 Trump, Lent and virtue signalling
YESTERDAY was Ash Wednesday, a virtue signalling occasion that marked the beginning...
view all Nonreligious blogs
What Are Your Thoughts?leave a comment
Copyright 2008-2020, Patheos. All rights reserved.