Study finds atheists are more likely to own cats than Christians

IN an entertaining piece entitled ‘13 reasons why cats are just pure evil‘ Lucy Christie, in 2015, wrote in the South China Morning Post that ‘cats and evil villains go together like milk and cookies.’

Given that many Christians regard atheists as ‘evil villains’ they’ll probably gleefully pounce on a new study to further demonise non-believers. The research in question, published by The Journal for the Scientific Study of Religion, claims that cat owners are church dodgers, while evangelicals are more likely to shun the beasts.

When I saw a report about the research in Christian Today, I was reminded of a very devout and superstition Spanish neighbour who stopped speaking to me after she discovered I had a black Persian I’d named Smirnoff. On seeing the cat when she came round to my apartment to borrow a vacuum cleaner she shrieked “el diablo, el diablo” and legged it.

Researcher Samuel Perry, from the University of Oklahoma, said that while over 60 per cent of Americans owned some sort of family pet, previous studies had not considered whether religiosity was a factor in pet ownership or which pet people might own.

Drawing on data from the 2018 General Social Survey, he found that “frequent” worshippers and the most conservative evangelicals reported owning fewer pets.

The abstract for the study – “How Religion Predicts Pet Ownership in the United States” – says:

Religious characteristics also predict Americans’ ownership of particular pets. Most notably, we find a strong, negative association between worship attendance and cat ownership. We theorize potential mechanisms. On the one hand, certain personality types might simultaneously attract some Americans toward religious participation and away from pets, and cats in particular.

Alternatively, to the extent that pet ownership is a partial substitute for human bonding and interaction, Americans more deeply embedded within a religious community may have less need (or time) for pets generally, and specifically more independent ‘roommate pets’, like cats.

We own pets because we love their company and the special interaction they provide for us. In some ways, pets are actually substitutes for human interaction.

People who are heavily connected to a church or faith community already have plenty of social interaction.

Sky News pointed out that the study of more than 2,000 Americans showed that atheists regarded felines as “god-like” and that:

Those who never set foot in a place of worship own two pets on average, while faithful worshippers have 1.4.

Premier Christian News turned to Samantha Chandler from the Anglican Society for Welfare of Animals for a comment. She said:

I think that is stretching the point a little; I think there is an epidemic of loneliness in this country, caused by a variety of reasons.

Writer and atheist Christopher Hitchens said if you feed a dog, they think you are God, while if you do the same to cats, they “draw the conclusion they are gods”. 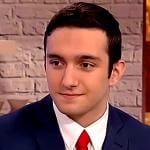 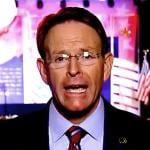