IN A direct address this week China’s President Xi Jinping, American wingnut Rick Wiles, above, said that China needs to embrace Christianity to make the Coronavirus go away.

His call to the General Secretary of the Communist Party of China came shortly after YouTube told Wiles to go away.

Although the Florida pastor’s TruNews channel was permanently banned this week his rants can still be found on other parts of YouTube.

YouTube had temporarily banned TruNews in November after its founder, Wiles, had said that efforts to remove Trump from office were:

A coup led by Jews to overthrow the constitutionally elected president of the United States. I am going to tell you, Church of Jesus Christ, you’re next. Get it through your head! They’re coming for you. There will be a purge. That’s the next thing that happens when Jews take over a country, they kill millions of Christians.

In his latest video, Wiles told the Chinese President that his country was suffering from Coronavirus because they hadn’t embraced Christianity.

You have a plague, Mr. Xi Jinping. You brought it upon China. Now do the right thing and repent, and tell the Chinese people you are sorry, you made a mistake, you repent, and ask them to put up in their homes the painting of Jesus Christ. Watch what happens if you do it! The plague will stop!

You, Mr. Xi, turn to Jesus. You give your heart to Jesus Christ. You repent of your sins. You believe in his name, and you lead China to the cross. Do it, Mr. Xi. Do it for your people. Don’t be a fool. Lead China to Jesus. Lead them to salvation. The plague will stop.

Not surprisingly, Trump is a YUUGE fan of this posturing nincompoop. A while back the White House granted media credentials for TruNews to attend the World Economic Forum in Davos, Switzerland. Five TruNews employees received formal credentials to cover the president’s trip.

We want to thank President Trump and the White House for extending the invitation to be here. We are honored to be here, representing the Kingdom of Heaven and our King Jesus Christ. 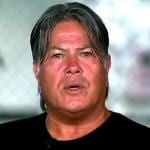 Wallnau: Left is Bringing out the Guillotines Next
Trump-loving crackpot Lance Wallnau says that the creation of an autonomous zone...

How secular is Turkey? It just ruled an...
If Turkey is secular, why did its Supreme Court rule that a...
view all Nonreligious blogs
What Are Your Thoughts?leave a comment
Copyright 2008-2020, Patheos. All rights reserved.