A A: too religious or well out of line with biblical truth?

IN 2018 American psychologist Henry Steinberger Ph.D, writing for the Freedom From Religion Foundation (FFRF), addressed the question of the religiosity of Alcoholics Anonymous.

He pointed out that ‘US courts have consistently ruled that 12-step programs are religious for purposes of the First Amendment and forbid their mandated or coerced imposition.’ He then listed a number of secular alternatives to the A A.

But a Baptist theologian, John Piper, above, recently intimated that he had reservations about Christians attending A A meetings because the ‘high power’ they refer to is not named. This in itself, he said was not such a big deal but:

The most glaring omission is the entire transaction between God and man in Christ Jesus at the cross. The cross is missing. The atonement for sin is missing.

Piper was responding to a question on his “Ask Pastor John” radio show. A listener named Tanya asked about the AA programme, as it had helped her recover from alcoholism.

I’m five years sober from alcohol because I went to A A and was miraculously delivered from the desire to drink. I was, and am, a born-again believer. However, I’m now hearing that it is wrong for a Christian to attend A A. I only want to do the right thing before the Lord. I have entered a deeper relationship with God through AA and am always at liberty to declare that my ‘higher power’ is Jesus Christ. I would greatly appreciate your thoughts on the matter.

Piper responded by noting that he did not object to Christians attending A A meetings and pointed out that the roots of the programme:

Are in the Christian tradition. The founders, Bill Wilson and Bob Smith, were members of a Christian revival organization called the Oxford Group. With this much outward similarity to the way Christians overcome sin, it’s not surprising to me that the 12 steps have and can be amazingly helpful for those moving out of addiction to alcohol.

Piper concluded by noting that his prayer for Christians who used the programme was that they would:

Give thanks to God for his great grace in using A A to help them. And then my prayer is that they would go deep into the distinctive, precious, powerful way that the Bible glorifies Christ and his cross in how we fight sin as blood-bought, justified, forgiven children of God.

According to its own website, A A states that it is “not a religious society“,  yet it remains:

Deeply indebted to members of the clergy of many faiths who have befriended the Fellowship since its founding in 1935. It would be unrealistic to assume that all A A members are spiritually inspired. Many, too, are not committed to a formal body of religious doctrine.

The Christian apologetics website Got Questions has also criticised the A A programme, stating that while it  has helped many people with their addictions, the steps:

Fall far short of actually being in line with biblical truths. Confession (Steps 1, 5, 8, 9) is not of sin and the need for a Savior (Romans 3:10-18; 5:8), but rather a recognition of having done harm to the alcoholic himself and to others. God, as the alcoholic understands him/her, is asked to remove ‘defects of character’ (Step 6) and ‘shortcomings’ (Step 7).

The Bible is clear that sin is not simply a shortcoming or character defect, but a fatal wound which is only cured by the blood of Christ shed on our behalf (Ephesians 2:1-5).

The concept of God in A A is not the biblical teaching of Yahweh, the one true God, Creator, and Redeemer. God, according to Alcoholics Anonymous, is ‘a Power greater than ourselves’ (Step 2), but ‘God’ is whatever the alcoholic ‘understands Him to be'(Steps 3 and 11). This could just as easily refer to a mystical experience, the Hindu god Vishnu, the Muslim god Allah, the god of self, or any number of other false gods that have no power to save or change lives.

Got Questions also took particular issue with step 11, as it encourages:

Prayer and meditation to improve our conscious contact with God as we understood Him. Praying to, or meditating on, any god other than the true God of the Bible through Christ, the Mediator, is of no spiritual value.

Even if the alcoholic sobers up and remains so throughout his/her lifetime, only faith in Christ for salvation from sin will ensure an eternity of peace and glory in heaven.

In his article Steinberger, a life member of the FFRF whose methods “are based on research & reason; not faith,” said:

Though some people manage to take the helpful fellowship and ignore the higher-power/god talk, many of us who reject theism and supernaturalism will forgo help rather than seek a so-called ‘spiritual awakening’ and accept a ‘higher power’, who, if prayed to in the right way, removes one’s ‘defects of character.’

Worse, when a person rejects the 12 steps for all of these legitimate reasons, they are accused of being in denial about their problem and receive threats that they will end up in jail, insane or dead if they don’t accept the 12-step solution, as if there is no other path to recovery.

My step-grandfather, Jacob Benjamin, who wrote ‘Did Jesus Ever Live or Is Christianity Founded Upon A Myth?’ under the pseudonym Historicus, was a devout atheist and science-minded for his time, but he engaged in secret maintenance drinking during the day and a family-destroying binge every night. He ruined my mother’s life and his own, which revealed to me a societal need.

I believe he might have been helped if there had been a secular alternative available back then. It is my hope that with this information more people in our FFRF and related communities will support and volunteer to help offer these secular options. 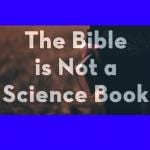 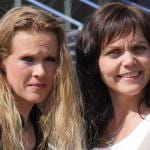