Confusion over Communion and Coronavirus is spreading fast

RELIGIOUS leaders, Catholics in particular, are in a state of utter confusion over how Communion should be given in the midst of the the Coronavirus pandemic, with some advocating that the magic cracker should placed in the hands of the faithful, while others insist it’s safe to continue to administer it orally.

In addition to that, there’s the vexing question of whether churches should remain open or be closed during the crisis. In Poland, for example, Archbishop Stanisław Gądecki, above, is adamant that churches remain open – and wants more Masses to be held:

The Polish Archbishop of Poznań declared that it was “unimaginable” for Polish Catholics not to pray in their churches.

In the current situation, I wish to remind you that just as hospitals treat diseases of the body, so the Church serves to, among other things, treat illness of the soul; that is why it is unimaginable that we not pray in our churches.

Meanwhile. in New York, the Roman Catholic Diocese of Albany yesterday (Tuesday) released a statement that said that, with immediate effect, there would be:

But the Catholic Archdiocese of Portland, Oregon, led by Archbishop Alexander Sample, issued guidelines affirming the right of Catholics to receive the Eucharist on the tongue after some of his priests tried to ban it.

Bishop Athanasius Schneider, above, “one of the world’s most outspoken defenders of Catholic orthodoxy and doctrine”, also has defended the reception of Communion on the tongue despite coronavirus fears.

He also argued that:

Communion in the mouth is certainly less dangerous and more hygienic compared to Communion in the hand. From a hygienic point of view, the hand carries a huge amount of bacteria. Many pathogens are transmitted through the hands. Whether by shaking other people’s hands or frequently touching objects, such as door handles or handrails and grab bars in public transport, germs can quickly pass from hand to hand; and with these unhygienic hands and fingers people then touch often their nose and mouth.

He described any ban on Communion in the mouth as:

Unfounded compared to the great health risks of Communion in the hand in the time of a pandemic.

Schneider said it appeared as if some Church authorities were using the coronavirus as a “pretext” to trivialise reception of Communion.

In Italy, bishops of Italy have announced that they are suspending all public Masses until April 3 in accordance with a decree issued by the Italian government on March 8, which called for the suspension of “civil and religious ceremonies, including funeral ceremonies.”

Meanwhile on Monday the Holy Synod of the Orthodox Church of Greece issued a statement saying that the virus could not possibly be transmitted by Holy Communion.

The statement came after days of heated public debate about whether the Church of Greece should adopt more drastic measures to limit the potential spread of the disease through its liturgies and the Holy Eucharist. The statement said:

Faithful of all ages know that coming to receive Holy Communion, even in the midst of a pandemic, is both a practical affirmation of self-surrender to the Living God, and an apparent manifestation of love.

The Church’s declaration included a series of self-protection measures that all people should follow, including frequent hand-washing and the use of antiseptic products as well as parishioners keeping a personal distance from one another.

It is noted that the Greek Orthodox Church of America recently issued a similar statement. There, Archbishop Elpidophoros did encourage those who are ill not to attend the services of the Church, saying that:

We counsel those feeling unwell physically to refrain from liturgical assemblies until they are certain of their diagnosis. 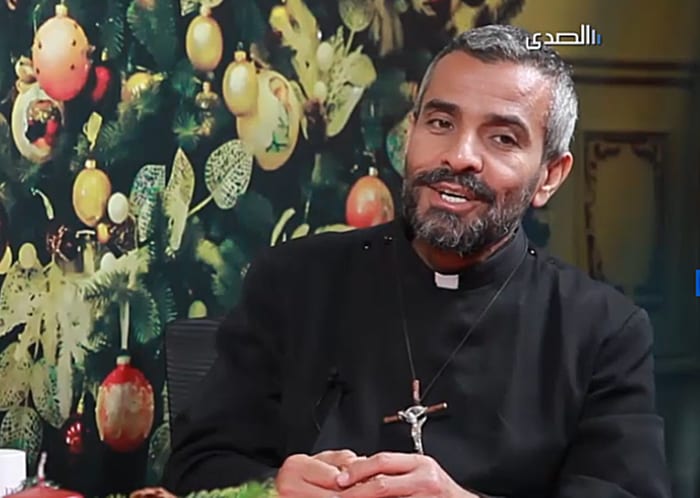 In Syria a priest took a different tack. Majdi Allawi,  above, a Christian Maronite, hired a private plane to fly over Lebanon to bless and protect the country from above as it battles its  outbreak of the virus.

Lebanon recorded its first death from the virus on Tuesday after a 56-year-old man who had been in quarantine in Beirut and had a chronic illness passed away, a health ministry official said.

The country’s government has halted flights for non-residents from epicentres of the virus, shut down schools and warned against public gatherings as the total number of cases has risen in recent days.

Allaw took to the skies over the weekend as he “pleaded with the Lord to protect Lebanon” from Covid-19.

His flight was  reportedly designed:

To bless the country, protect the homeland and to heal those who have been infected with the coronavirus. 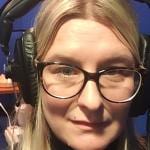 March 10, 2020
'Outrageous' – UK taxpayers are to fund a new Catholic school
Next Post 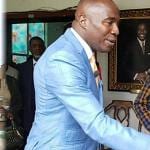 March 12, 2020 Predatory pastor's new Florida church appointment sparks fury
Recent Comments
27 Comments | Leave a Comment
Browse Our Archives
get the latest from
The Freethinker
Sign up for our newsletter
POPULAR AT PATHEOS Nonreligious
1