BNOIS Jerusalem Girls School in Hackney in north London has been slammed this week by education watchdog Oftsted for teaching creationism as science in geography and science lessons.

It’s not just creationism that’s an issue at the independent school. According to a National Secular Society report, an inspection report found the school “inadequate” in all areas. The school caters for 840 pupils and had recently been warned by the government over a litany of failures.

The report, which follows a visit to the school in December, says:

Pupils do not learn anything about the scientific theories about the origins of life.

The report adds that the school:

Is censoring fiction books and text, photographs and illustrations in geography text books, while not stocking English language books in its library;
has limited the scope of its curriculum to ‘make it fit with Orthodox Jewish teaching’; is leaving children unprepared for life in Britain and lacking confidence in English.

It also says the school did not allow inspectors to talk to pupils during its latest inspection, apparently at the request of parents. As a result inspectors were unable to judge whether the school safeguarded children effectively.

The school was given a warning notice by the government in 2018 after Ofsted criticised it for preventing pupils from gaining GCSEs, censoring resources and other failures. It also failed to meet standards which were checked at an additional inspection in March 2019.

This is a particularly appalling example of a school prioritising religious teachings over pupils’ education and welfare. Teaching creationism as science, censoring resources, and depriving children of the chance to gain qualifications and even communicate in English is utterly inexcusable.

Fundamentalist religious zealotry should never be allowed to run roughshod over children’s basic rights in this manner.

The NSS is now planning to raise the case with the Department for Education.

The independent school standards allow schools to teach creationism “as part of a belief system” but not to present it:

As having a similar or superior evidence base to scientific theories. 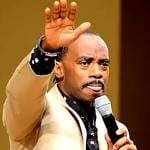 March 13, 2020
Bank ordered megachurch to fire its pastor. He was bad for business.
Next Post 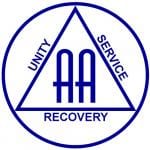 March 14, 2020 A A: too religious or well out of line with biblical truth?
Recent Comments
2 Comments | Leave a Comment
Browse Our Archives
get the latest from
The Freethinker
Sign up for our newsletter
POPULAR AT PATHEOS Nonreligious
1