‘Wicked’ Church of England turned its back on black immigrants

Between 1948 and 1970, nearly half a million people were brought from the Caribbean to Britain, which faced severe labour shortages in the wake of the Second World War. Many of the the immigrants, later referred to as ‘the Windrush generation’, received a hostile reception from British racists – including members of the Church of England.

This fact came as a surprise to Home Office Minister Baroness Williams of Trafford who said she only learned of the “awful reception” the Church had given the newcomers after the Archbishop of Canterbury, Justin Welby, last week stood up in the House of Lords and expressed his regret over:

The terrible reception that we gave the Windrush generation, the vast majority of whom were Anglicans, when they came here.

They were often turned away from Church of England churches, or were given a very weak welcome or no welcome at all.

As a result, they went off and formed their own churches, which have flourished much better than ours. We would be so much stronger had we behaved correctly.

I have apologised for that, and I continue to do so and see the wickedness of our actions.

His comments follow an apology by the Church of England General Synod last month.

Welby’s comments were in response to the publication of the Windrush Lessons Learned Review, commissioned after Britain shockingly decided that many of the people it had brought over were in fact “illegal immigrants”, introduced a “hostile environment policy”, and, in what developed into a national scandal, the Home Office wrongly deported at least 83 people.

As well as those who were wrongly deported, an unknown number were wrongly detained, lost their jobs or homes, or were denied benefits or medical care to which they were entitled. A number of long-term UK residents were wrongly refused re-entry to the UK, and a larger number were threatened with immediate deportation by the Home Office.

The review found that the Home Office was guilty of:

Institutional ignorance and thoughtlessness towards the issue of race and the history of the Windrush generation within the department.

In delivering the findings, Wendy Williams, an inspector of constabulary, said that while she was “unable to make a definitive finding of institutional racism”, the Home Office’s failings were:

Consistent with some elements of the definition of institutional racism.

In response to the review, Home Secretary Priti Patel said she was “truly sorry” for the scandal.

The Archbishop called on the Home Office to consider working with black-majority church leaders as it seeks to make changes in light of the damning findings.

He said they had been “gracious, wise and strong” in the face of the scandal.

They have much to teach us.

Last night Welby sorrowfully announced that the Lambeth Conference, which only happens once every ten years, has been postponed to next year because of Corinavirus

The meeting gathers 1,000 bishops from the Anglican Communion and their spouses (excluding same-sex couples) for prayer, Bible study and fellowship and was due to take place in Canterbury in July and August.

Oh, and it looks as Franklin Graham’s planned visit to the UK has run into more trouble. 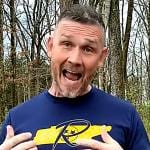 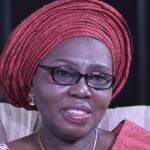