THE President of the Humanist Association of Nigeria was reportedly arrested today (Tuesday) following the publication of an online petition alleging that he had insulted the ‘prophet’ Mohammed.

Two police officers, who were not in uniform, took Bala, above, from his residence. He is currently detained at the Gbabasawa police station in Kaduna.

Local source say his arrest could be in connection with a charge of blasphemy. A group of lawyers had petitioned the Kano state command to prosecute Mubarak for insulting the ‘prophet’ on his Facebook page.

Some group of lawyers finally write a petition against that animal Mubarak Bala.

The petition launched by Halima Sa’adiya Umar calls on Facebook to close down the Bala’s account. It says:

His utterances are capable of causing unrest which could cause religious and social upheaval in the country.

Facebook is meant to promote & encourage relationships, allowing his kind to be on the platform is catastrophic. Freedom of expression is not synonymous to hate speech that can cause mayhem in Nigeria.

More than 16,000 people have signed the petition, which appears to have been removed by Change.org.

All of us at the Humanist Association of Nigeria are deeply worried by the arrest and detention of our president, Mubarak Bala. Mubarak Bala will likely be handed over to the Kano state police command, that will prosecute him for blasphemy, a crime that carries a death sentence under sharia law. We urge the Inspector General of Police, the governor of Kaduna, Mallam Elrufai to ensure his immediate release.

Just over five years ago Bala, than 29, was forcibly committed by his family to a psychiatric unit when he renounced Islam. He was diagnosed as being perfectly sane, and discharged, but after his release he started getting death threats for blaspheming against Islam.

This is part of the complaint registered with police: 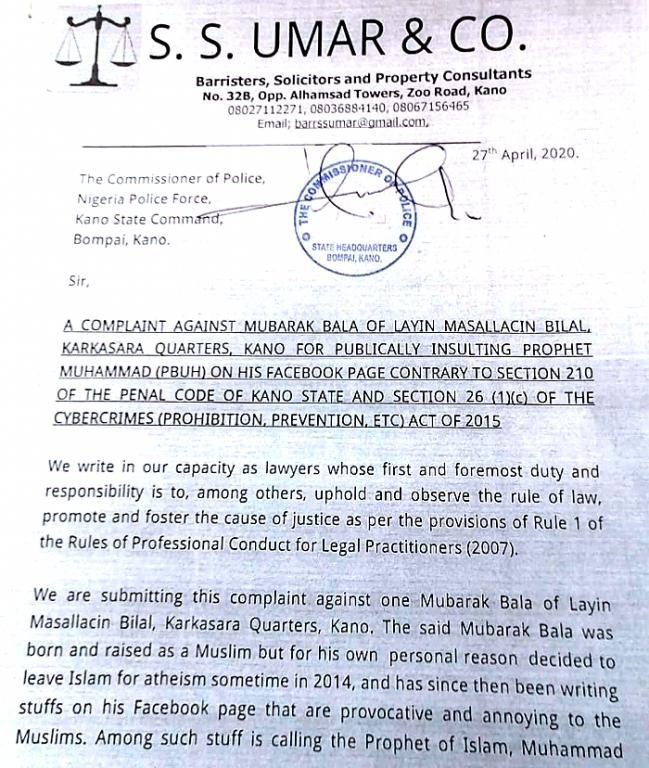 Update: One of Bala’s friends, who spoke with Sahara Reporters today (Wednesday), said a popular Muslim cleric and a policeman both in Kano have both vowed to kill him.

In the past weeks, Mubarak has received several death threats from extremists in Kano including an Imam. A police officer had also threatened to kill him if he found him. 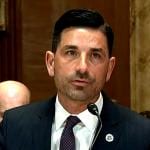 April 28, 2020
No, Mr Wolf, clergy members are not 'essential workers'
Next Post 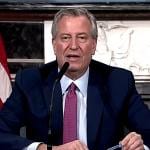 April 29, 2020 Mayor fuels 'anti-Semitism' by condemning huge funeral gathering
Recent Comments
0 | Leave a Comment
Browse Our Archives
get the latest updates from
The Freethinker
and the Patheos
Nonreligious
Channel
POPULAR AT PATHEOS Nonreligious
1