FOLLOWING the arrest this week of Florida’s Rodney Howard-Browne, a second American preacher –  Mark Anthony Spell, pastor at Life Tabernacle Church in Baton Rouge – has been charged with repeatedly violating a state ban on large gatherings amid the Coronavirus pandemic.

The fool was issued a misdemeanor summons for six counts of violating the state Governor’s executive order. The counts are for each of the religious services Spell held after March 16, when Governor John Bel Edwards announced the order banning gatherings over 50 people.

Central Police Chief Roger Corcoran said in a statement to The Daily Beast:

Instead of showing the strength and resilience of our community during this difficult time, Mr. Spell has chosen to embarrass us for his own self-promotion. Mr. Spell will have his day in court where he will be held responsible for his reckless and irresponsible decisions that endangered the health of his congregation and our community.

Authorities said Spell’s last service was held on Sunday, when he hosted about 500 worshippers at the church in Central, a city about 20 minutes from Baton Rouge.  On that day Lance Woolie, above, a local comedian who goes by the stage name “Lance Knippers,”  dressed in makeshift protective gear and staged a protest outside the church.

Woolie streamed part of his protest in a 15-minute live video on his personal Facebook page. The video has since been viewed more than 10,000 times and received nearly 300 shares, and has also been posted on YouTube.

Woolie said he wanted to show Spell it is possible “to reach thousands” without putting others in jeopardy of contracting the virus in large public gatherings.

You have doctors telling you to stay home and slow the spread, and you have a pastor that’s like, ‘Let’s get together and celebrate.’ I understand the role of the church, but I wanted to make an example. I’m just one person in a suit … and I was able to reach thousands of people without having to congregate.

I didn’t want to cause trouble, but I wanted church members to see what they’re walking into. I’m hoping I changed a couple of minds.

I’m not saying people shouldn’t have church. We can worship remotely. We have capabilities to put the same Bible on your phone. You can broadcast service from your phone. All other pastors are trying to help congregations through technology. Why can’t he?

Wearing a painter’s jumpsuit, a paintball mask, and a plastic Popeyes bag over his head, Woolie said the point of his protest was to show:

The pastor previously said  he did not believe his congregation was at risk of getting the virus. Latest figures show that least 3,003 people have died in the US from Covid-19 and 160,698 people have been infected.

Last Tuesday, after a service, Spell said of the virus:

It’s not a concern. The virus, we believe, is politically motivated. We hold our religious rights dear and we are going to assemble no matter what someone says.

This is not an issue over religious liberty, and it’s not about politics. We are facing a public health crisis and expect our community’s leaders to set a positive example and follow the law.

Spell did not immediately respond to The Daily Beast’s request for comment but a video posted to his personal YouTube channel showed two deputies giving him the summons.  After praying with the two officers, Spell, speaking to a phone camera several feet away, said he intended to “continue to have church” despite the legal action.

This is a government overreach. They are asking us as a government to stop practicing our freedom of religion. We have a mandate from God to assemble and to gather together and to keep doing what we are doing. I will continue to do what I am doing. Don’t fight us, pray for us. 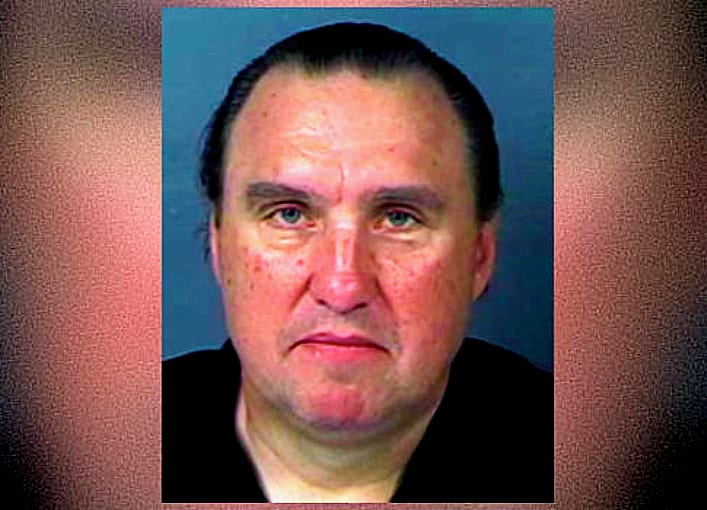 On Monday, Howard-Browne, above, was charged with misdemeanor counts of unlawful assembly and violation of public health rules after holding services at The River at Tampa Bay church.

Authorities said the controversial Florida pastor – an ally of President Donald Trump who has been outspoken about social distancing requirements – refused to stop holding church services because he believed his church “had machines that could stop the virus.”

April 1, 2020
Hobby Lobby is fast becoming one of US's most hated companies
Next Post

April 2, 2020 MyPillow CEO excoriated for his White House sermon
Recent Comments
6 Comments | Leave a Comment
"Surely these "scientists" can show how their "discipline" contributes to the erradication of Covid. Or ..."
Wisdom, Justice, Love Arkansas faces furious backlash after voting ..."
"I hoped for it, but being the coward he is, even him knew there wasn't ..."
Martin Penwald Pulpit pussies: pastors who don’t pack ..."
"I was surprised he agreed to move out of the White House. I thought they ..."
BertB Pulpit pussies: pastors who don’t pack ..."
"All the creation myths?the Jatravartid people of Viltvodle VI believe that the entire Universe was ..."
Vanity Unfair Arkansas faces furious backlash after voting ..."
Browse Our Archives
get the latest from
The Freethinker
Sign up for our newsletter
POPULAR AT PATHEOS Nonreligious
1