From the archives: The Geller Effect

From the archives: The Geller Effect April 13, 2020 Barry Duke

BUT for the fact that I decided to treat Talk Radio Europe’s recent “telepathy competition” with the contempt it deserved, I would today be in possession of a ‘million-year-old crystal with unique healing qualities.’

Furthermore, it would have been sent directly to me by a man TRE insisted was the world’s most famous “psychic” and “paranormalist”, Yuri Geller, above, the Israeli spoon-bender who lives in Jaffa, where he plans to open a museum next month. Geller is deeply involved in the lucrative New Age self-help/personal growth industry, inflating his $20-million bank account by flogging “Mind-Power Kits” and books to the gullible.

Just two days before he came on air to tell listeners of how, as a young child, he gained his supernatural powers “from a brightly glowing visitor from outer space”, I’d sent TRE an exasperated email – my second in a year. In it I said:

Ever since moving to Spain in October, 2010, I have been a regular listener to TRE. One thing I have noted is the complete absence of sceptical comment on the station. You appear to give a disproportionate amount of airtime to New Age nutters, ‘spiritual’ healers, fortune-tellers, horoscope-readers, conspiracy theorists, angelologists, UFO dingbats, and a variety of other fools and charlatans. But rationalists, atheists and humanists rarely, if ever, get a look in.

As editor of the oldest atheist magazine in the world, the Freethinker which has been published without a break since 1881 (and whose founder was jailed for 12 months for blasphemy) I would be more than happy to redress the balance, and come on air periodically to discuss matters that would be of interest to the increasing number of people who hold no religious belief whatsoever.

To my surprise, I received a prompt reply, taking me up on my offer – but before I engaged on air a few days later with TRE’s Steve Gilmour, the Geller interview was
aired – and it left me fizzing with fury because the female interviewer, whose name now escapes me, had clearly done no digging whatsoever into Geller’s background.

Had she done so, she would have challenged the charlatan’s claim to have paranormal powers. After all, he himself dropped claims to such powers several years ago. In
the November 2007 issue of the magazine Magische Welt (Magic World) Geller stated:

I’ll no longer say that I have supernatural powers. I am an entertainer. I want to do a good show. My entire character has changed.

But back to that “magic” crystal. At the end of the interview, Geller “projected” a mental image of a drawing he had just done. He challenged listeners to use their “telepathic powers” to identify what it was, and to contact the station with their entries.

I concluded at once that Geller had drawn a house – but stupidly did not dignify the silly exercise by submitting an entry. Had I done so I would not only have won
the prized crystal, but would have had the satisfaction of letting TRE readers know that my identification of the image had nothing whatsoever to do with telepathy.

Rather, it was merely an educated guess, based on a snippet of information once provided by the man who did the most to expose Geller as a fraud: the American sceptic James Randi, above, whose research showed that 80 percent of people who are asked to draw a picture will produce a house.

By the way, no one who entered the contest hit on the right answer, so the prize went to someone who came closest by suggesting a square shape. Go figure!

Incidentally, Randi and Geller were at daggers drawn for years. On numerous occasions Randi publicly exposed Geller’s trickery, and Geller responded by trying unsuccessfully to sue him. This animosity was best expressed by Randi in 2009 after he had been diagnosed as having intestinal cancer.

Believing his life would soon end, the atheist – and once one of America’s most accomplished magicians – said he did not want his fans to bother with a museum of magic named after him, or to bury him in a fancy tomb.

I want to be cremated, and I want my ashes blown in Uri Geller’s eyes.

Randi, I was pleased to learn, has since been given a clean bill of health. He’ll be 92 in August.

It should be pointed out that one of Randi’s biggest problems with Geller was not so much the fact that he was a fraud, but that he once played a major role in duping some of the most influential figures in the US military into spending millions of taxpayers’ dollars on useless “psychic warfare” research. They were convinced that “The Geller Effect” was real, and could be militarily exploited.

In 2004, Jon Ronson published The Men Who Stare at Goats, a book about the US Army’s research of psychic theories and the possible military uses of the paranormal. Its title alluded to efforts to kill goats by staring at them. The book was subsequently made into a movie of the same name, starring George Cloony – and, not surprisingly
played out as a comedy.

His latest film is about my work.

I believe I ignited the story when I told Jon Ronson about some of my adventures with a certain intelligence agency.

My interview with Gilmour amusingly came immediately after a spiritualist was on air, and he was still in the studio when I pointed out that the James Randi Educational
Foundation (JREF) offered a prize of one million US dollars to applicants whocould  demonstrate a supernatural ability under agreed-upon scientific testing
criteria.

No one had progressed past the preliminary test, set up with parameters agreed to by both Randi and the applicant, and the prize, launched in 1964, was terminated in 2015.

The TRE spookster lamely retorted that “no-one will ever get the prize” as the test was too “heavily stacked against applicants”.

I did not need to be psychic to see that answer coming.

• This piece first appeared in the March 2012 print edition of the Freethinker, but I updated it to reflect two developments, namely the Geller’s planned museum and the withdrawal of the Randi prize. 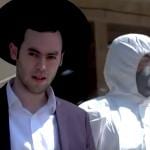 April 13, 2020
Secular Jews have 'an empathy gap' regarding the ultra-Orthodox
Next Post 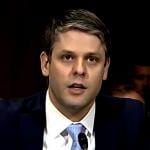 April 14, 2020 US judge goes overboard with Jesus claptrap in COVID-19 case
Recent Comments
11 Comments | Leave a Comment
Browse Our Archives
get the latest from
The Freethinker
Sign up for our newsletter
POPULAR AT PATHEOS Nonreligious
1