IN A statement issued at the weekend, victims of a sadistic  evangelical Christian barrister  – John Smyth QC, above, who ran faith-based ‘Bash camps’ in the 1970s and 80s – called for the closure of the Titus Trust which had acquired the Smyth’s Iwerne Trust.

John Smyth is only one of several abusers known to us who have been closely associated with the Iwerne camps network over many years. Events of recent years lead us to believe that there are still some within the Titus network who value their own reputations more than they care about the children they work with.

Shockingly, some of those are ordained clergy in the Church of England. Such attitudes should have no place in any organisation working with children.

The statement came after the Titus Trust reached a settlement with three men and acknowledged that “lives have been blighted”.

In a statement on its website, the trust said:

We are devastated that lives have been blighted by a man who abused a position of trust and influence to inflict appalling behaviour on others, and we have written to those concerned to express our profound regret at what happened and also to apologise for any additional distress that has been caused by the way The Titus Trust has responded to this matter

However, the victims insist that the “limited” apology, whilst welcome, is not enough:

A culture that has resisted reform in the face of overwhelming evidence of damage over many years is beyond reform. It is our wholehearted belief that in the light of these events the Titus Trust and its work should cease immediately.

The victims pointed out that:

When the abuse came to light, the trustees of the Titus Trust, who now run the Iwerne network, did everything they could to protect their own interests. They did not offer care and support to the victims. They refused to cooperate with an independent inquiry. If the Titus Trust had been open and transparent with what they knew years ago, John Smyth could have been brought to justice.

Instead they repeatedly blanked the victims, refusing to speak with us and denying any responsibility. Perhaps we should not have expected them to act with care or candour, since some of most senior members of the network had been complicit in concealing the abuse for 38 years. 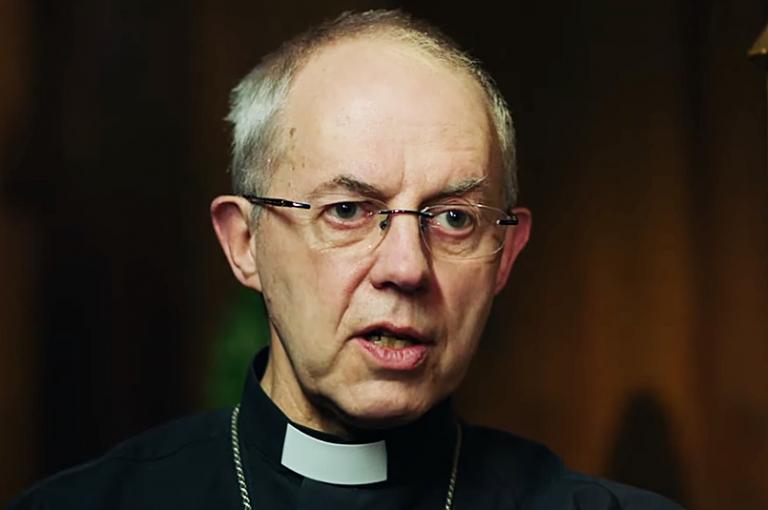 The abuse scandal at the so-called “Bash camps” in the 1970s and 80s embroiled Justin Welby, above, now Archbishop of Canterbury. He worked at the Christian holiday centres in the 1970s.

After allegations of abuse and its cover-up emerged three years ago, Welby said he knew Smyth but had been “completely unaware” of any abuse at the time. He apologised on behalf of the Church of England, which later ordered an independent review into the allegations.

Titus Trust grew out of the Iwerne Trust which was created in 1932 by E J H Nash, popularly known as “Bash”, in the village of Iwerne Minster in Dorset, to promote evangelicalism in the Church of England and in senior leadership positions in the British establishment. Many men who became influential church leaders attended the Iwerne camps, including Welby.

In 1982, the Iwerne Trust commissioned an internal investigation. It found that boys were given “horrific beatings” while naked or semi-naked.

The beatings, which took place in a shed in the garden of Smyth’s Winchester home, were so intense that the victims were left with lasting scars.

Details of the alleged abuse did not come to light until 1982, when one boy attempted suicide after being ordered to submit himself to another beating.

The Iwerne Trust commissioned a report which concluded:

The scale and severity of the practice was horrific.

But Smyth was was not reported to the police. He was instead allowed to move to Southern Africa after being asked never to work with children again.

Smyth operated in Zimbabwe, where, according to this video report, he was charged in connection with the death of a teenage boy who downed in a swimming pool at one of his camps in 1992. The image below shows an extract from prosecution files.

However, the case against Smyth collapsed, and the sadist relocated to South Africa, where he led a life of luxury.

Smyth died in August 2018, soon after Hampshire police had requested him to return to the UK for questioning.

April 6, 2020
Lawsuit threatened after bigots were tossed from a Belfast hotel
Next Post