‘Coronavirus and Christ ‘book sparks an unholy row in the US

A SENIOR army chaplain based in South Korea sparked outrage after he distributed a book that blames the COVID-19 pandemic on, among others, ‘sinful’ gay people.

Coronavirus and Christ was recently published by theologian John Piper, above, and was sent out by Senior Chaplain Colonel Moon H Kim, command chaplain of US Army Garrison Humphreys in South Korea, the largest American military installation outside the US.

The Christian Post reports that 22 military chaplains are calling fort Kim to be disciplined and possibly court-martialed for sending more than 30 e-mails to other chaplains containing a copy of Piper’s book.

The book says that:

Some people will be infected with the coronavirus as a specific judgment from God because of their sinful attitudes and actions.

In Chapter 7 in a section titled “Examples of Specific Judgements on Specific Sins,” Piper wrote that one example:

Is the sin of homosexual intercourse.

In a letter sent to Dr Mark T Esper, Secretary of Defense, head of the Military Religious Freedom Foundation “Mikey” Weinstein, above, said:

I write to you today regarding an absolutely egregious and deplorable act taken by one of your most senior DoD chaplains serving today. A number of Christian military Chaplains from the U.S. Army, U.S. Navy, and U.S. Air Force have asked the Military Religious Freedom Foundation (MRFF) to represent them regarding their collective outrage about this matter, and feel that they would be subjected to reprisal, retribution, revenge, and retaliation if they attempted to register their objections via the chain of command without anonymity.

Weinstein, above, pointed out that the book  pushed the belief that the Coronavirus is God’s judgment and is written by fundamentalist Christian preacher and author who  singles out, among other things, “the sin of homosexual intercourse” as deserving “due penalty.”

Many of the Chaplains who received this unsolicited book from Chaplain (Colonel) Kim are from mainline and Progressive Christian denominations which do not subscribe to the ultra conservative/Reformed/evangelical Christian theology of John Piper.

MRFF, which advocates for a strict separation of church and state within the US military, is representing 22 clients, some of whom are from the LGBT community.

They do not subscribe to the ultra-conservative/Reformed/evangelical Christian theology of John Piper.

Piper is the chancellor of Bethlehem College & Seminary in Minnesota and the founder of DesiringGod.Org.

A copy of Kim’s email that contained the PDF sent to the chaplains was reviewed by CP. In the body of the email, Kim wrote to fellow chaplains that he wanted to share the short booklet with them. Kim wrote:

This book has helped me refocus my sacred calling to my savior Jesus Christ to finish strong. Hopefully this small booklet would help you and your Soldiers, their Families and others who you serve.

We took a look at the book and we listened to what the chaplains said and how it made them fee;. What are you supposed to tell a couple that has a gay child who also has COVID? ‘Well, this is your due penalty?’ It’s just horrible and wrong from the perspective that it destroys good order, discipline and unit cohesion within the military.

Weinstein told CP that he is calling for Kim to be subject to general court-martial as he is a “full colonel” who is in:

Rarified air in the U.S. Military Chaplains Corps. The entire world is being ravaged by COVID-19 and he has endorsed a booklet claiming that this is the punishment of God for people who have sinned, which includes gay people. This not only in violation of the EEO provisions of the Department of Defense but a ton of other DoD and U.S. Army provisions.

But Mike Berry, above, General Counsel for the First Liberty Institute, an organization that defends the First Amendment rights of military members, told CP that Kim was within his rights to send the email.

The MRFF is not only going overboard, it is showing its true colors by asking the Pentagon to punish a chaplain for engaging in constitutionally protected activity. Congress has recently and repeatedly taken actions to protect chaplains to share their religious beliefs.

The Constitution and federal law protect chaplains (and service members) who share their religious beliefs. Our brave service members should be offended that Mikey Weinstein thinks they are so delicate and frail that they are incapable of hearing something with which they might disagree. Quite the contrary, the vast majority of service members with whom I served, whether senior or subordinate, were smart enough to decide for themselves.

Berry said that First Liberty Institute would be happy to provide Kim with a free legal representation if he is subject to disciplinary action.

Although Weinstein said that 95 percent of MRFF clients are Christians, he said it’s uncommon for MRFF to have “an outpouring like this” in which all clients coming forward on this particular issue are Christians.

A former active-duty military chaplain said that he wasn’t sure what Kim’s intentions were in sending the email so he couldn’t state for sure whether he thought court-martial was an appropriate course of action.

I don’t know the intent and the heart of chaplain Kim. He may have had the purest of intent motives that he read this book and it warmed his heart and he thought everybody in the world should read it. If that is the case that is extremely poor judgment considering his position and trust given to him by the Chaplain Corps.

If his intent was to leave his stamp and push his theological perspective then he should be court-martialed. 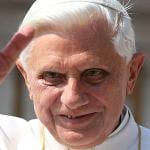 May 3, 2020
Ratzinger's bio links gay marriage and abortion to the 'Anti-Christ'
Next Post 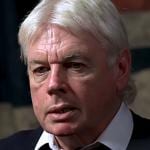 May 4, 2020 Is conspiracy theorist David Icke's life in danger? Many think so.
Recent Comments
0 | Leave a Comment
Browse Our Archives
Follow Us!