ANDREW L Seidel, Director of Strategic Response at the Freedom from Religion Foundation, has challenged handouts being given by the US government to churches, houses of worship and nonprofits with religious missions amidst the COVID-19 pandemic.

Writing for Cap Times, Seidel, above, said that the recently approved  $2 trillion stimulus package is a constitutional violation that:

He pointed out that  churches and associated religious outfits are eligible for a sizable part of the stimulus package, and argued that this was:

A problem because it’s unconstitutional for our government to tax citizens and then turn around and hand that money to churches to pay their preachers or mortgages. The federal government can’t take our money and give it to Joel Osteen or Robert Jeffress or Paula White – even in the wake of a pandemic. It’s also a nightmare because churches and religious nonprofits, unlike every other charity in the United States, don’t disclose any financial information to the government or taxpayer.

They are financial black holes. Public trust requires public transparency. Without it, the public cannot verify that nonprofits are honoring that trust and that it is not being abused or exploited.

How much of our money will flow to Trump’s inner circle of preachers? Will we be covering the mortgage on Jeffress’ $130 million church? Will we be paying President Trump’s ‘spiritual adviser’ White’s church and White House salaries? Will the Catholic Church, mired in scandal and with a bank all its own, be dipping into taxpayers’ pockets?

What about the virulently anti-gay Westboro Baptist Church? Because they entirely lack financial transparency and accountability, churches are already rife with fraud and abuse. Churches qualify for CARES Act funds even if they have never registered as a church with the IRS. Receiving these taxpayer funds could be literally both the first and last time the government ever hears of them.

Seidel said that here are no safeguards built into the CARES Act through  which the package was approved.

It is irresponsible to provide financial support to such organizations, and doubly so without requiring transparent accounting. Taxpayer funds should only be available to nonprofits that file financial information with the IRS, even if not required to do so by federal law. Otherwise, Congress is handing out taxpayer money with no accountability whatsoever.

But Congress can’t give taxpayer money to churches in the first place. That is the original safeguard and a unique principle that America bequeathed to humanity.

Some will argue that this is just a question of equality and that churches should be treated like every other business and nonprofit. But that’s the very problem: Churches are not. They are substantially favored under our system. State-church separation gives religion significant benefits, for instance, preventing the courts from adjudicating internal church disputes. Attached to these benefits are relatively few burdens, most importantly, that taxpayers cannot be forced to fund religion.

Funneling money to churches under the CARES Act augments the benefits churches receive under the separation of state and church, while eliminating the burdens. Churches get to have their cake — which the American taxpayers must buy — and eat it, too. 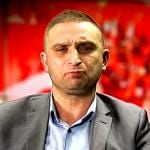 May 10, 2020
Poland's neo-fascists and priests want a full-on Catholic theocracy
Next Post 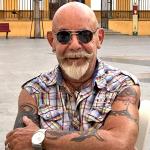 May 11, 2020 Diary of a quarantined Freethinker editor
Recent Comments
0 | Leave a Comment
Browse Our Archives
Follow Us!