A NORTHERN-Ireland based Christian organisation that seeks to engender or amplify feelings of self-loathing among members of LGBT communities is spitting tacks because the UK’s National Secular Society has labeled it ‘harmful’ and called for its charitable status to be revoked.

Bogus therapies which encourage people to change or suppress their sexuality are harmful and widely discredited. Those promoting them shouldn’t enjoy the tax breaks and public recognition that charitable status brings.

The Society accuses the Trust of causing harm by ‘actively promoting conversion therapy’. On the contrary, the Trust promotes client autonomy and advocates therapeutic and counselling choice for individuals dissatisfied with unwanted sexual attractions, feelings and behaviours or gender confusions.

The NSS appears to be intolerant of any viewpoint that does not promote secular humanism, or which support the rights and freedoms for individuals to live according to conscience informed by primary religious values.

We will no longer tolerate unsubstantiated accusations of harm against Core Issues Trust and call on the NSS to now provide the evidence upon which it claims we have harmed individuals or society.

The Trust promotes standard change-allowing therapies for adult persons no longer prepared to abide by an imposed political document – the ‘Memorandum of Understanding’ which restricts access to professional help and support for chosen identities unless they conform to progressive views on sexuality.

We wish to assert that statements made by politicians or special interest groups or executive bodies within the Mental Health fraternities which promote the normalisation of homosexual practice and transgenderism do not constitute scientific evidence or research data.

CIT (motto: challenging gender confusion; upholding science and conscience) sets out its “public benefits” on the Charity Commission of Northern Ireland’s website. Buried within 893 words of obfuscation, deceit and meaningless waffle are these words:

With state support of aggressive secularism in the UK increasing, there may be a high level of intolerance from those insisting on the right not to be offended. For example, viewpoints unable to support the right of individuals to reduce or end unwanted homosexual behaviours or to express in support of doing so, may offend some groups. Claims that initiatives supporting individuals choosing to leave homosexual practices for example, are always harmful, will be made.

It will come as no surprise that CIT is closely associated with deranged homophobe Andrea Minichiello Williams, above, CEO of Christian Concern, which went into outrage overdrive in 2013 when the British Psychodrama Association (BPA) removed Davidson from its register of trainee psychotherapists under the direction of the United Kingdom Council for Psychotherapy (UKCP).

According to the Irish Times, Davidson has many critics:

And the fiercest of them believe that it is morally wrong, and actively dangerous, even to discuss his activities publicly.

Jayne Ozanne, above, a Christian LGBTQ campaigner who underwent conversion therapy which left her suicidal, is highly reluctant to speak about him at all. She has previously expressed her desire for the British government to criminalise Davidson.

If you name him and his business, you’re driving business his way.

Ozanne recently published a UK survey on faith and sexuality, with 4,613 respondents, of whom 458 people said there had been attempts to change their sexuality. A total of 193 said they had experienced suicidal thoughts and 91 said they had attempted suicide. Twenty-two people reported that they had been forced to undergo sexual activity with someone of the opposite gender.

The Charity Commission indicated that the NSS’s letter will be considered in detail. A spokesperson said:

The purpose of charity law is not to say if a certain belief is right or wrong. The definition of a charity in law says that you must be established for exclusively charitable purposes. A purpose must be beneficial, not harmful.

If any organisation, including a religious one, requires improper pressure to be placed on people to remain within that organisation against their will, or completely withdraw from society, then there is likely to be more harm than benefit.

A purpose must also not promote hatred towards others who do not share the same religion. The commission is considering in detail the issues raised. 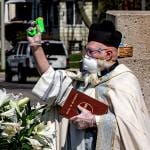 May 18, 2020
Let us spray: photos of pistol-packing priest prove inspiring
Next Post 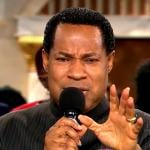