Is conspiracy theorist David Icke’s life in danger? Many think so.

Is conspiracy theorist David Icke’s life in danger? Many think so. May 4, 2020 Barry Duke

AFTER learning that the lunatic Icke’s official channel on YouTube has been axed, and his Facebook account closed after he came out with some wackadoodle theories about COVID-19, I discovered a video on YouTube in which American entrepreneur and former banker Brian Rose expressed fear for his safely.

Who, you may wonder, is Rose? He’s the founder of London Real TV, a channel that claims:

We believe that spending time watching or listening to inspiring people opens your mind and stimulates new ideas.

One of those “inspiring people” is Icke, who once said that the members of the British Royal Family are reptiles, and, more recently, that COVID-19 is caused by 5g mobile phone networks.

Others too have made the connection between 5g and the pandemic and last month in the UK 5g masts were set on fire.

Apart from providing a platform for conspiracy theorists like former footballer and “Son of God” Icke, London Real offers a “Business Accelerator Course” to budding entrepreneurs for a one-off payment of $2,997.

Yesterday Rose posted the video below:

Beneath the video, who has been seen by more than 207,000 people, are comments like this:

I freaking love David Icke man. He risks his life so people like us can find out the truth. Thanks London real!!

Others are parroting Rose concern for Icke’s safety.

According to the BBC YouTube deleted Icke’s channel after repeatedly warning the loon that he had violated its policies by posting misleading information about the pandemic.

However, it will still allow videos posted by others that feature Icke to remain live, so long as their content does not break its rules.

YouTube has clear policies prohibiting any content that disputes the existence and transmission of Covid-19 as described by the WHO and the NHS. Due to continued violation of these policies, we have terminated David Icke’s YouTube channel.

The channel had more than 900,000 subscribers at the time it was removed. The last clip Mr Icke had posted last Friday – about his Facebook ban – had about 120,000 views.

YouTube confirmed Icke would not be allowed to start again by setting up a new channel.

The tech firm subsequently went further by banning any material that:

• Suggests coronavirus does not exist

The ban was was welcomed by the Center for Countering Digital Hate (CCDH), a UK-based think tank.

It said that videos of Icke discussing conspiracy theories had been viewed about 30 million times across social media.

We commend YouTube on bowing to pressure and taking action on David Icke’s channel. However, there remains a network of channels and shadowy amplifiers, who promote Mr Icke’s content [and] need to be removed. 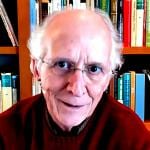 May 3, 2020
'Coronavirus and Christ 'book sparks an unholy row in the US
Next Post 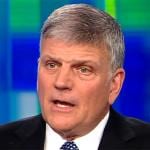 May 4, 2020 Franklin's Graham's field hospital is to pack up its tents and go
Recent Comments
0 | Leave a Comment
"Costelloe claims that the 'church can and must also take whatever steps are necessary to ..."
David Cromie ‘Church has changed’ says archbishop after ..."
"I expect the 'holy father' had in mind members of the Roman church, such as ..."
David Cromie Pope Francis: Better to live as ..."
"It hardly matters how you slice and dice it, the fact remains that the man-god ..."
David Cromie Superhero Jesus comic branded ‘blasphemous’ by ..."
"???"
David Cromie Superhero Jesus comic branded ‘blasphemous’ by ..."
Browse Our Archives
get the latest from
Nonreligious
Sign up for our newsletter
POPULAR AT PATHEOS Nonreligious
1