A NEW Hebrew-language evangelical channel – Shelanu TV – has been warned to tread very carefully or risk being shut down.

Shelanu TV is the Israeli affiliate of God TV . It had received a license to broadcast in Israel despite having stated publicly that it intends:

To take the gospel of Jesus into the homes and lives and hearts of the Jewish people.

Under the terms of its license, Shelanu (Hebrew for “Ours”) is prohibited from broadcasting content that wields “undue influence” on viewers. This would include proselytising.

David Amsalem, above, a member of Prime Minister Benjamin Netanyahu’s Likud party, said in a statement:

We won’t allow any missionary channel to operate in the State of Israel – not at any time and not under any circumstances.

He noted that the Cable and Satellite Broadcasting Council, which awarded the license, is a sovereign body and would make the final decision on whether to pull the plug on the new channel.

But as soon as I heard about the incident, I asked the council’s chairman to launch a comprehensive investigation to determine that no channel is violating the terms of its license, and if indeed this channel is engaged in missionary activities, it will be taken down immediately.

Under Israeli law, it is forbidden to proselytise to a person under 18 without the consent of a parent. It is also forbidden to offer material benefits in the process of proselytising.

Today, in a video statement, Ward Simpson, above, CEO of God TV, said that feelings were running high in Israel over the channel, and complaints lodged. He insisted that no laws were being broken and a team of top-class lawyers with working with regulators to prevent the channel from  being shut down. He said:

All we are doing is preaching and teaching Christian content.

Earlier he said in a video on God TV the channel had been given government permission:

To broadcast the gospel of Jesus Christ – Yeshuah the Messiah – in Israel on cable TV in the Hebrew language. Never before, as far as we know in the history of the world, has this ever been done.

That video was suddenly removed from the God TV website on Tuesday. Ron Kantor, the network’s Regional Director, did not respond to a request for an explanation.

In an email, however, he said his company had been approached by Hot – an Israeli cable television company – to host the channel, not the reverse.

Kantor said there had “not been one moment” in which God TV was “not honest” with Hot or with the regulatory commission about the nature of the new channel.

We are not ashamed of who we are and what we believe, We were told many times that laws have changed and there was no issue with our programming. Certainly if we were doing something sneaky, we would not have announced it to the world.

He said he doubted that officials at the Communications Ministry had even watched the new channel.

I do not believe that HOT or Shelanu TV has broken any rules. 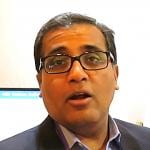 May 8, 2020
COVID-19 patients are being 'prayer bombed' in a new clinical study
Next Post 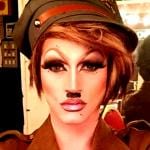 May 9, 2020 Victory for Jewish group: 'Miss Hitler' contest website taken down
Recent Comments
0 | Leave a Comment
"They want to increase the punishment for homosexuality from 3 years in prison to 5 ..."
C Nault Ghana chief: ‘Pass anti-gay bill or ..."
"I didn't try those names!"
Stephen Harvie Plague rat pastor claims court ordered ..."
"As I understand the post, these conditions are being put forth as an alternative to ..."
flexilis Plague rat pastor claims court ordered ..."
"I suspect the Highlanders and the Samoan Police would appreciate each others' uniforms."
Michael Neville Schoolboy in frock? Yuck! Christian couple ..."
Browse Our Archives
get the latest updates from
The Freethinker
and the Patheos
Nonreligious
Channel
POPULAR AT PATHEOS Nonreligious
1