A DOCUMENTARY due to be aired in the US tomorrow (Friday) reveals that Norma McCorvey, famous for being the plaintiff  ‘Jane Roe’ in the 1973 landmark Supreme Court case that led to abortion becoming legal in America, admitted shortly before her death in 2017 that she had been bribed to pretend she’d found Jesus and had become a rabid anti-abortionist.

In the FX Networks documentary – AKA Jane Roe – McCorvey, above, who died from heart failure at the age of 69, reveals that her role as an anti-abortion advocate was largely funded by ultra-conservative groups such as Operation Rescue. McCorvey received at least $456,911 in “benevolent gifts” from the anti-abortion movement.

She went on to describe herself as “the big fish” in a “mutual” propaganda campaign.

In what she described as a “deathbed confession” McCorvey said:

I took their money and they’d put me out in front of the cameras and tell me what to say. That’s what I’d say. I did it well too, I am a good actress.

After becoming the poster girl of the pro-choice movement, McCorvey performed a very public about-face in the 1990s. She found religion, ended the romantic relationship with her girlfriend, and became a vocal anti-abortion crusader.

As it turns out, it wasn’t God himself directing this new path. It was leaders from the evangelical Christian right.

She pointed out that Benham, above, one of the evangelical leaders featured in the documentary, apparently has no moral qualms about how McCorvey, who was clearly vulnerable, was used.

She chose to be used, That’s called work. That’s what you’re paid to be doing!

Ah yes, I remember reading that in the Bible: thou shalt pay others to cravenly lie.

While the right claims to stand for morality and family values they – as AKA Jane Roe makes very clear – are more than happy to lie and cheat in order to propagate their fringe beliefs. As Alexandria Ocasio-Cortez tweeted: ‘t turns out a huge part of the anti-choice movement was a scam the entire time.’

Most Americans have moderate views when it comes to abortion; according to a 2017 Pew study, 69% of Americans don’t think Roe v Wade should be overturned. However, a small but powerful group of extremists are doing everything they can to roll back women’s rights.

Of course, McCorvey, as she admits herself, is not exactly an innocent victim in all this. Her reversal on reproductive rights was national news in the 1990s, and dealt a blow to the pro-choice movement. But, at the end of the day, McCorvey never really set out to be a pro-choice activist. She was a desperate woman battling for the right to have control of her own body; along the way she loaned her name to a bigger fight.

McCorvey taking money to lie obviously isn’t something she should be applauded for, but the real villains in this story are the hypocrites who preyed on a vulnerable woman in the name of ‘family values’. 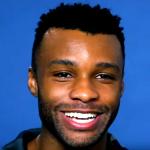 May 20, 2020
US Christian group furious over exploration of Bible Belt gay life
Next Post 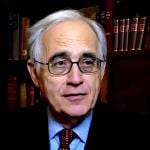